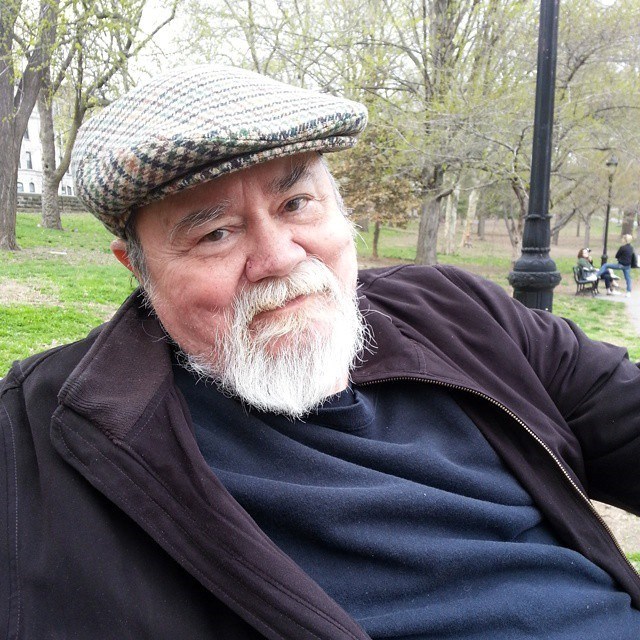 Bill Creevy, PSA-MP & HOH 1942-2020 Artist, writer, teacher William Charles Creevy Jr (of Park Slope, Brooklyn) “Bill,” died from complications of Covid-19 on Monday morning December 7, 2020, at Brooklyn (NY) Methodist Hospital. A native of New Orleans, Creevy was pre-deceased by his parents William C. Creevy Sr. and Frances Lester Creevy, sister Kathryn Creevy Binnings, and nephew Jerry Binnings. He is survived by his partner of 25 years Barbara A. Genco and his stepson Andrew Genco Rosenthal. He was the loving uncle of Michael Binnings (Michelle), Deborah Binnings Renfroe (Randy), Kenny Binnings (Sandra), Enid Binnings (Jerry), and their children and grandchildren. Bill Creevy was a widely exhibited, award-winning artist with over a dozen solo shows to his credit. Deemed a Master Pastelist by the Pastel Society of America, he was named to their Hall of Fame in 2011. Creevy received his MFA from Louisiana State University, where he studied with artist/designer Paul Dufour and such influential post war figurative revival painters as Paul Georges and Gabriel Landerman. Creevy first left New Orleans for NYC when he became a Max Beckmann Fellow at the Brooklyn Museum Art School. His work has been featured in countless group shows throughout the nation and abroad and is represented in significant private, corporate, and museum collections. He was an activist/advocate for artists who, like he, were carving out affordable living/studio spaces in former industrial neighborhoods like NYC's NoHo, and SoHo in the 1960s-80s. As a young painter in the city, he reveled in the energy of the Alliance of Figurative Artists, which was an artist-run, often tumultuous, 'discussion group' frequented by a majority of the figurative and realist painters and sculptors in New York City in the 1970s. Creevy became an early member of The First Street Gallery, a strong influencer in the figurative Co-Op gallery movement, and was a resident artist member of the historic Salmagundi Arts Club in NY’s Greenwich Village. His now-classic The Pastel Book (Watson-Guptill, 1991) inaugurated its “Materials and Techniques” Artist Series and was selected by the Metropolitan Museum of Art as being the representative work on pastel technique. The Pastel Book and its companion book, The Oil Painting Book (Watson-Guptill, 1994), have been adopted by college level art courses and are still in print. Creevy has also authored reviews of artists and features on art technique in publications such as Pastel Journal and American Artist. A Mass of Resurrection, a memorial celebration, and his interment in Lafayette #2 Cemetery (NOLA) will be delayed until it is once again safe for friends and families to gather. In honor of Bill’s dedicated teaching and mentoring, the Bill Creevy Estate has established the “Pastel Society of America Memorial Bill Creevy Young American Pastelist” Award. To donate, visit http://www.pastelsocietyofamerica.org/ scroll down to click on DONATE, and add CREEVY in the note. The Estate has also established the Bill Creevy Memorial Award for Work on Paper by a Junior/Scholarship Member at the Salmagundi Art Club. To donate, visit http://www.salmagundi.org/ and add CREEVY JS to the note. Checks may also be sent to both non-profits.
See more See Less