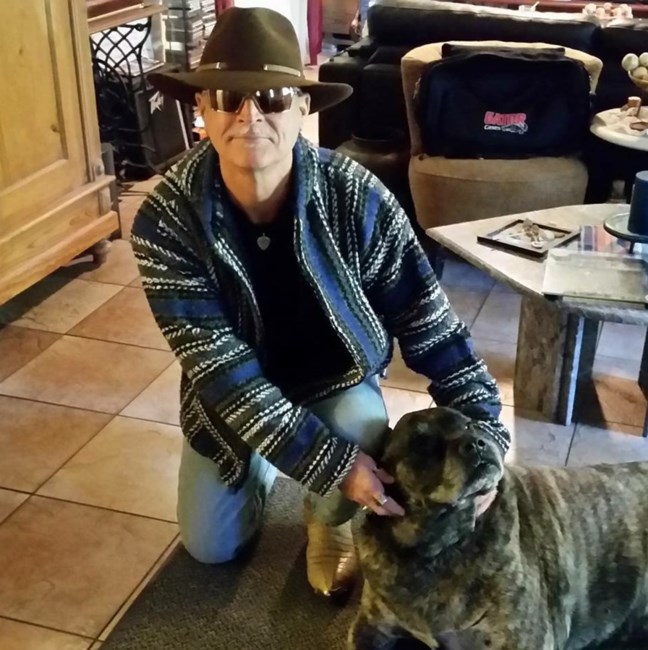 Dr. Jim “Jimmy” Brunson, JD. Age 58, of Brooksville, Florida, died at his home, surrounded by his loving family, on May 12, 2016, under the care of Hernando Pasco Hospice Foundation. Jim was born on March 11, 1958, in Princeton, KY, to the Late James Ellis Brunson, and Joanne (Ward) Brunson. Jimmy has been a resident of Brooksville since 2008 coming up from Tampa, FL where he settled in 1995. Jim spent many years traveling and living in Europe, and as Jim toured across Europe in the 1980’s, he produced an album and was the lead singer in the Jack Daniels’ Band. Jim worked as a Financial Contractor and Staff Accountant for several local businesses. James held several degrees; Bachelors in Science from Embry Riddle Aeronautical University, a Master’s in Business Administration from University Of Tampa, and a Juris Doctorate at Cumberland School of Law, at Samford University in Birmingham, AL. Jimmy was very proud to have been awarded membership in the Kentucky Colonels. His hobbies included a variety of interests such as reading, enjoying music, and traveling. During his time in Europe, he raced Porsches on noted tracks, like the Nürburgring, Salzburgring, and Hockenheimring. Jim had a special place in his heart for animals, especially dogs. He enjoyed spending time with people and has a special gift in meeting and getting to know others. Jim was of Baptist faith. Jim was preceded in death by his father, James Ellis Brunson, in 1995. He is lovingly survived by his wife, Patricia G. Massaro, of Brooksville, FL mother, Joanne (Ward) Brunson, of Ramstein, Germany, step-son, Sebastian A Massaro, of Spring Hill, FL, sister, Jean Martinez and her husband Ron, of Knoxville, TN, sister, Jackie Brunson and her husband Manuel Kuhn, of Ramstein, Germany, aunt Sue Ward and family of Princeton, KY, and aunt, Betty Ormond, of Avon Park, FL. Cremation and funeral arrangements are entrusted to the Turner Funeral Home, Brooksville Chapel, 504 E. Jefferson St., Brooksville, FL. 34601. Private family services will be held. At the request of Jimmy’s family, memorial donations may be made to the Hernando Pasco Hospice Foundation. 12107 Majestic Blvd. Hudson, FL 34667-2455
See more See Less

In Memory of James Joseph Brunson