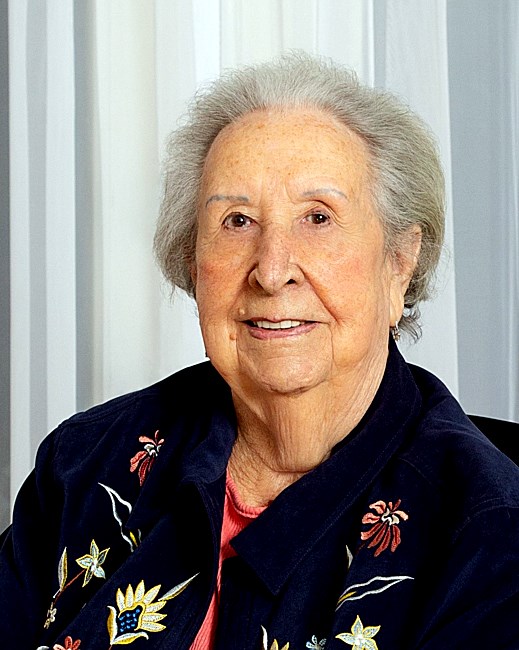 Betty Jean Vance Goss “Betsy” of College Station, Texas died March 23, 2022 at St. Joseph’s Hospital in Bryan, Texas. Visitation will be held at 1:00 p.m. on Saturday, March 26, 2022 at Memorial Funeral Home in Bryan, followed by a 2:00 p.m. funeral in the Memorial Chapel. Graveside services will follow at the Bryan City Cemetery. The Rev. Martus Miley and Dr. Taylor Sandlin will officiate both services. Betsy was born in Madisonville, Texas on October 30, 1930. She graduated with a BA and a Master’s Degree from Baylor University in education. She taught first and third grades in the San Angelo, Texas school district for over 20 years, impacting countless lives during her career. Along with her husband, she was a founding member of Southland Baptist Church in San Angelo, helping shepherd it to become a vibrant force in the San Angelo area. While in San Angelo, she became interested in interpreting for the deaf and taught herself sign language so that she could help those who could not hear enjoy the gospel of Jesus. She and her husband began delivering meals with the Meals on Wheels program in San Angelo after he retired from GTE and she continued her service after Jack’s death for many years. She was also a longtime supporter and board member of the South Texas Children’s Home in Beeville, Texas. She was the rock of her family, coming from a long line of strong women, and whenever one of her family members or extended family members needed help, she was always there. She lived a full life and left a great legacy and example for all to follow. She was predeceased in death by her husband, James B. “Jack” Goss, her parents Benjamin Franklin Vance and Vonnie Lee Ray Vance, and her brother Benjamin Franklin Vance, Jr. Betsy is survived by three sons, Jay Bryan Goss and his wife Jana of College Station, David Vance Goss and his wife Julie of Bryan, Lee Franklin Goss and his wife Jan of Overland Park, Kansas; one daughter Jeanann Goss of College Station; her brother, William R. Vance and his wife Barbara of Waco; six grandchildren, Jason Goss and his wife Jennifer of San Antonio, Justin Goss and his wife Bridget of Costa Mesa, California, Calli Halbrook and her husband Brandon of Spring, Jillian Pence and her husband Michael, of Leawood, Kansas, Allie Goss of Overland Park, Kansas, and Quade Goss of College Station. She is also survived by eight great grandchildren, Kalder, Hunter, Jase, Evalee, Paisley, Charlotte, Jackson, and Sawyer. Memorials may be made to South Texas Children’s Home in Beeville, Texas or Water for All International through Southland Baptist Church in San Angelo, Texas. Fond memories and expressions of sympathy may be shared at www.memorialfuneralchapelbryan.com for the Goss family.
See more See Less