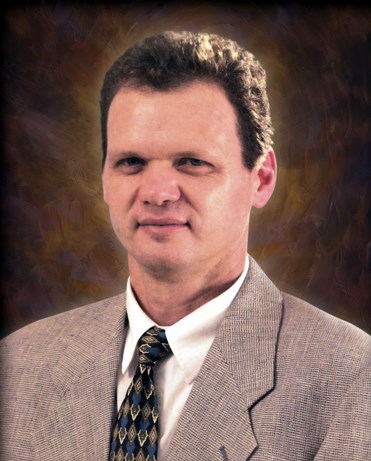 Dr. Marcel Amstalden of College Station, TX passed away Wednesday September 3, 2014 as a result of a motor vehicle accident while traveling on official business near Hallettsville, TX. Visitation is scheduled for Wednesday September 10th from 11:00 A.M. to 1:00 P.M. at Memorial Funeral Chapel in Bryan. Memorial Services will follow at 1:00 P.M. at Memorial Funeral Chapel in Bryan. Marcel was born March 9, 1970 in Marilia, São Paulo, Brazil to Francisco and Beatriz Lex Amstalden. He grew up in Assis, São Paulo where he was involved with his family’s business and cattle operation. In December 1992, Marcel graduated from the Universidade Estadual Paulista, Botucatu, São Paulo, Brazil with a Degree in Veterinary Medicine. From 1992 to 1997, Marcel practiced herd health and reproductive management of beef cattle and horses in the state of Mato Grosso do Sul, Brazil. From 1995-1997 he worked for the São Bernardo Veterinary Clinic in Campo Grande, Mato Grosso do Sul, Brazil practicing large animal medicine and surgery. From 1998-2003, Marcel served as a Graduate Research and Teaching Assistant in the Texas A&M Physiology of Reproduction graduate program and was awarded M.S. and Ph.D. degrees in 2000 and 2003, respectively. Marcel conducted his award-winning graduate research at the Texas A&M AgriLife Research station in Beeville, TX under the direction of his mentor, close friend and collaborator Dr. Gary Williams. Upon graduation from TAMU, Dr. Amstalden was a Postdoctoral Research Fellow in Neuroendocrinology at the University of Cincinnati’s College of Medicine in Cincinnati, Ohio. Marcel was a Visiting Professor at the Federal University of Mato Grosso do Sul, Brazil during 2006 before accepting a position as an Assistant Professor in Physiology of Reproduction in TAMU’s Department of Animal Science. In 2012 Marcel was awarded tenure and promoted to the rank of Associate Professor, a position he held at the time of his death. In addition, Marcel held an Adjunct appointment in the Department of Veterinary Integrative Biosciences in TAMU’s College of Veterinary Medicine. Marcel was active in TAMU’s Interdisciplinary Faculty of Neuroscience and he also was serving as 2013-2015 Chair of TAMU’s Interdisciplinary Faculty of Reproductive Biology. Dr. Amstalden co-instructed a graduate reproductive biology course and he was the lead professor for the ANSC 434 Animal Reproduction Management course. Marcel was a caring, highly effective instructor of undergraduate, graduate and veterinary students. Marcel’s impact is evident by the significant awards acquired by students that he mentored. Marcel was recognized by reproductive physiologists and neuroendocrinologists across the world for his unique research that determined how neural and nutritional factors affect onset of puberty and cyclicity in female animals. Marcel’s work was relevant to human reproductive health and was of biologic and economic significance. In recent years Marcel was an invited speaker at major conferences across the U.S. and other countries (i.e., he recently spoke at conferences in Australia and Japan). His research attracted the funding of the U.S. Department of Agriculture and the National Institutes of Health. In his brief career, Marcel published more than 30 peer-reviewed papers and numerous book chapters and popular press articles. Marcel was honored by the College of Veterinary Medicine, Universidade Estadual Paulista, Botucatu, and São Paulo, Brazil for outstanding performance in Large Animal Medicine. He was the only 3-time recipient of the Mauro Procknor Memorial Award (2000, 2001, 2002) for excellence in teaching, research and service. Marcel was awarded the Dr. A.M. Sorenson, Jr. Achievement Award for excellence in doctoral research in 2003. Students remember Marcel as demanding yet kind with high expectations and a caring, gentle smile. Colleagues remember Marcel as an excellent yet modest scientist, an outstanding friend who got things done, and someone always true to his word—a quiet professional. Marcel married the love of his life Katia in 1997, in Campo Grande, Mato Grosso do Sul, Brazil. They were blessed by the birth of beautiful daughters Sophia in 2003 and Clara in 2005. Marcel was a loving husband and caring father. Marcel is predeceased by his grandparents Pio, Vitalina Ramalho, Rui Lex, Aurora Machado Lex, uncle Osmar Abib, sister-in-law Rosana Zandonade, and his brother Marcos. Marcel is survived by his wife, Katia Zandonade Amstalden, daughters Sophia and Clara, parents Francisco and Beatriz Lex Amstalden of Campo Grande, MS, Brazil, sister Marcia Martins of Curitiba, PR, Brazil, nieces Isabela Klein Amstalden of Campo Grande, MS, Brazil, Isadora Martins of Sydney, Australia, Gabriela Martins of Berlin, Germany, Regina Shishido Zandonade of Londrina, PR, Brazil and nephew David Shishido Zandonade, of Londrina, PR, Brazil, Aunts Mercedes Amstalden Abib of Houston, TX, Suzana Dias of Coxim, MS, Brazil, Benize Lex Medeiros of Assis, SP, Brazil, Bethezaida Lex, of Assis, SP, Brazil, and uncle Ildefonso of Coxim, MS, Brazil, cousins Beatriz, Jose Mauricio, Ildefonso, Monica, Maria Ligia and Ana Luisa of Coxim, MS, Brazil, Osmar Abib of Houston, TX, Bob Abib of Woodlands, TX, Marisa Lex Medeiros of Assis, SP, Brazil, brothers-in-law Cicero Martins Jr, of Curitiba, PR, Brazil and Domingos Zandonade of Londrina, PR, Brazil, sisters-in-law Sonia Shishido Zandonade of Londrina, PR, Brazil and Elsa Klein Amstalden, Campo Grande, MS, Brazil and numerous friends and colleagues. Contributions to an education fund started by Marcel’s former graduate students for his daughters, Sophia and Clara, may be made in memory of Marcel Amstalden, D.V.M., Ph.D. at: http://www.youcaring.com/memorial-fundraiser/memorial-for-marcel-amstalden/229264
See more See Less

In Memory of Marcel Amstalden