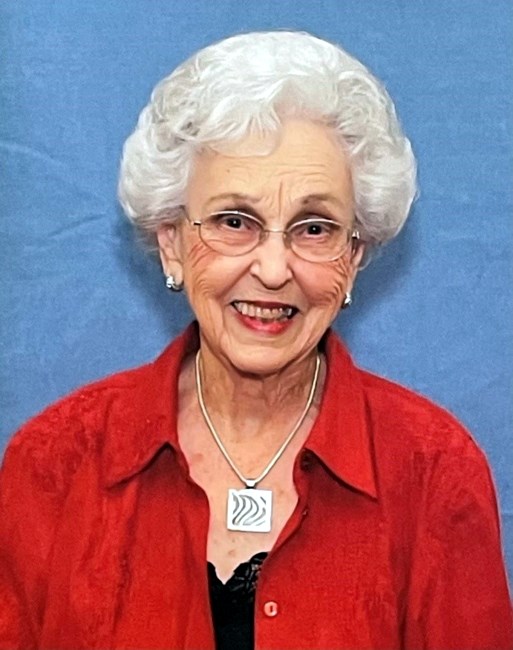 Winifred Gordon Rhoden passed away peacefully on October 1, 2022. She was 101. Winifred was born in Coleman, Texas, on November 27, 1920 to Walter and Mary Gordon. She graduated from the University of Texas, and in 1945 married Jesse H. Rhoden Jr. They started their family in Lampasas, Texas, where Jesse entered the feed and mohair business and Winifred taught English. Their daughter Elizabeth Ann was born there in February 1948. In 1957, the family moved to Burnet. Jesse built and operated Rhoden Feed Mill, and Winifred continued teaching English, later becoming the high school librarian. Winifred was a fixture of Burnet High School until her retirement in 1986. She influenced the lives of countless students. Throughout her life, Winifred dedicated herself to helping others. She was devoted to God, to her family, and to the virtue of lifelong learning. She was a member of the First Baptist Church, Pen Chat Club, Delta Kappa Gamma, and Friends of the Library. Winifred spent her final years at Country Oaks Assisted Living, which she held in very high regard. She was preceded in death by her husband Jesse and daughter Elizabeth Ann Nichols. She is survived by her grandson, Lieutenant Colonel (US Army, Retired) Tom Hairgrove and wife Marina, three great- grandchildren, Gavin, Erika and Miranda, great-great-grandson Julian, and beloved son-in-law, Cranz Nichols. A visitation for family and friends of Winifred will be held from 5 to 7 PM Wednesday, October 5 at Clements-Wilcox Funeral Home. Her funeral will be held at 10 AM Thursday, October 6 at the First Baptist Church with Reverend Doug Lindley officiating. Interment will follow at Post Mountain Cemetery. Fond memories and expressions of sympathy may be shared at www.ClementsWilcoxBurnet.com for the Rhoden family.
See more See Less

In Memory of Winifred Rhoden