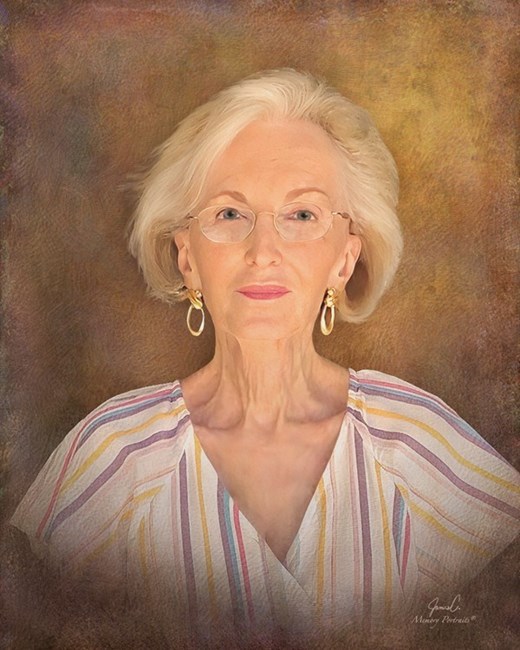 JoAnn Glasser Roddy passed away on September 28, 2022 at 83 years old. She is survived by her adoring husband, Richard; two boys, Sean and Brian; and her four grandchildren. JoAnn was born in Plainfield, NJ, and grew up in Watchung, NJ. She graduated from North Plainfield High School and received an associate degree from Brookdale Community College in Lincroft, NJ. Richard and JoAnn have been married for over 59 years. They lived in Little Silver, NJ, prior to moving to Los Gatos, CA, and then to Cary, NC. JoAnn was extremely proud of her sons, Sean Peter Roddy, a vascular surgeon in Albany, NY, and Brian James Roddy, a vice president with Google in San Francisco, CA. JoAnn was a beloved wife, caring and nurturing mother, and a dear friend to many. She was as chic as a person gets: a crisp white blouse, a French-tucked cashmere sweater, her bag packed with the latest mystery. JoAnn was a voracious, discerning reader, consuming hundreds of books a year. She could do push-ups at 70, was an ace at Bridge and cooked legendary savory tarts. Her family was blessed to bask in her limitless kindness and her easy laughter. She will be dearly missed. A funeral mass will be held 11:00 am Friday, October 7, 2022 at St. Michael the Archangel Catholic Church, 804 High House Road, Cary, NC 27513, followed by inurnment in the church columbarium. Fond memories and expressions of sympathy may be shared at www.BrownWynneCary.com for the Roddy family.
See more See Less

In Memory of JoAnn Glasser Roddy