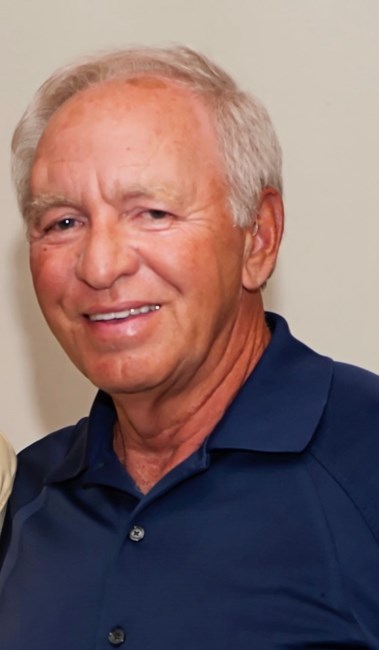 Bart Prieve, 76, unexpectedly passed away on September 28th, 2022, in Sahuarita, Arizona just outside of Tucson. He crashed while trying to land his plane, a single engine Grumman American AA5B Tiger. Bart’s dream was to be a pilot. He started his training in Illinois in 1974 and obtained his single engine license in 1976. He had flown in his Tiger since 1978, and it had taken him to many wonderful places, including the Bahamas, Florida, California, Yellowstone National Park, and over the Grand Canyon to St. George, Utah. He also entered his Tiger in air show competitions in Iowa, Texas, and California, winning “Best in Show” and “Best in Class” at a Grumman convention in California in 2005. Bart was born March 28th, 1946, in Washington, D.C., to Charles and Margaret (Timm) Prieve. His family moved to Milwaukee, Wisconsin, where he spent his childhood. He graduated from Whitefish Bay High School in 1964. During his youth, Bart was heavily involved in DeMolay International, where he served as Master Counselor for the local chapter in Milwaukee, Longvic Raon, and then Master Counselor for the entire state of Wisconsin. Bart graduated from the University of Wisconsin with a BA with honors in Mathematics in 1968. He began work with AT&T Bell Laboratories in Naperville, Illinois, in the same year and was supported by Bell Labs to get his MS degree (1969), followed by his PhD (1973), in Electrical Engineering at the University of California at Berkeley. His PhD work and thesis were among the first work at Berkeley on computer operating systems. At Bell Labs, he worked on the computer systems used to develop software for large telephone switching systems. In 1977, Bart was promoted and transferred to Bell Labs’ Holmdel, New Jersey, location, where he started a team to develop UNIX for IBM computers. He transferred to Bell Labs in Denver, Colorado, in 1981, where he continued to work on operating systems. In 1986, he began his work in supporting communication companies that used AT&T products. That work led to many great experiences with companies around the globe. In 1998, he moved to Bonn, Germany, where he worked with Deutsche Telekom. He returned to Denver in 2000, retiring from Bell Labs. He then launched his consulting firm, TIGI (Technology Insights Group, Inc.), working on patent law in telecommunications. Bart married JoAnn Zelasko in September 1976, although the wedding was postponed by a week to accommodate his baseball team’s end of season celebration. Even after their divorce, they remained on good terms. Their wonderful sons, Daniel, born in 1986, and Stephen, born in 1991, were a constant source of pride to their parents, especially as they achieved success in their own careers. Bart was especially proud that his son, Stephen, was following in his steps to become a pilot, and they often spoke after Stephen’s flying lessons. Upon retiring, Bart began volunteering extensively at his sons’ schools, and was frequently the only male to serve on the Cherry Creek High School PTO. Softball became Bart’s primary hobby, and he became an instrumental part of Scrap Iron Softball Club. He was installed in the Scrap Iron Hall of Fame and was presented with the Founders Award, the highest recognition the club gives. Bart also coached several teams, making sure that every player batted, and he was one of the originals of the Scrap Iron Diamonds. He also served on the Scrap Iron board of directors. Bart met Sharon Withrow at a social club in which they shared similar interests in politics. He and Sharon began traveling to softball tournaments throughout the country and eventually she became the scorekeeper for his team. Bart bought a house outside of Tucson, Arizona, in 2011 on an airstrip with a hangar for his Tiger. He and Sharon began wintering in Arizona, where Bart could fly his plane whenever he wanted. He also joined BAJA Sporting Club, and played in the Allison (competitive) League, and even managed a team this past snowbird season. Bart and Sharon also began globetrotting, traveling to different countries around the world, and visited six different continents. They had planned to visit their seventh continent, Antarctica, in November. Bart was a devoted father and grandfather, and valued his friends and loved ones greatly. Bart is survived by his partner, Sharon, his son, Daniel and his wife Laurie, his son, Stephen and his girlfriend, McAllister, his grandchildren, Charles (Charlie) and Annabelle, Sharon’s son, Eric Withrow and his wife, Susanne, Sharon’s daughter, Laura Mazotti, and her children, Jonathon and Matthew. Bart is also survived by his brother, Charles (Chuz) and his wife, Chris, his sister, Margaret (Meg) Kleeb, and several nephews and nieces. He was preceded in death by his parents, Charles and Margaret, his brother, Ross, and brother-in-law, John Kleeb. In lieu of flowers, donations can be made to Angel Flight West: https://www.angelflightwest.org/give
See more See Less

In Memory of Barton Gerald Prieve