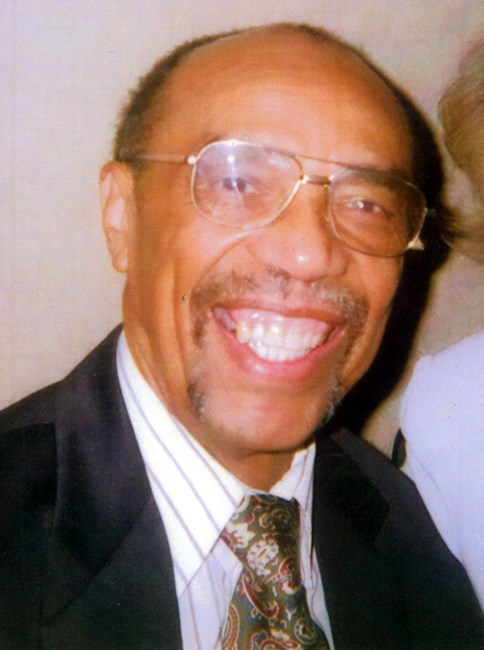 Herbert Obie Worsham was born May 30th, 1938 in Belzoni, Mississippi, to the late Josephus Worsham, and Swintha Montgomery-Worsham. To this union, five children were born; Josephus Jr., Swintha O., Lenward, and Valor. Herbert is proceeded in death by his parents, as well as his sister Swintha. Herbert accepted Jesus Christ as his Savior at an early age, and was baptized at Belzoni Church, in Belzoni, Mississippi. He was educated in the Belzoni Public School system, until 1954 when the family moved to Detroit, Michigan. Herbert continued his education in the Detroit Public School system. In 1956 he received his high school diploma from Northwestern High School, where he received many honor certificates. Herbert continued his education graduating in 1957 from Radio Electronic Television School, with a certificate in Television Servicing. He also worked in the dental field, later becoming a dental lab owner in both Michigan and Arizona. On November 17th, 1962, Herbert married Alberta Towns-Worsham in Utica, New York. The couple divorced in 1995 in Detroit Michigan. To this union, three daughters were born; Eleanor, Marcella and Swinthia (Serena). Herbert then met Sarah L. McKee-Worsham. The couple were married on December 19th, 1999 in Detroit, Michigan. In 2000, Herbert and Sarah relocated to Gilbert Arizona, and then in 2010 moved to Sun Lakes, Arizona. Herbert enjoyed bowling, fishing, and traveling. He was an active member of the New Life Christian Fellowship International, under the leadership of Pastor Morris Daintly, and founder Pastor Dr. Colvin Blanford. Herbert was very active in bible study, and served on the finance committee. He was always eager to help and assist, when, and where he could. Herbert was a faithful, and active member of the men's ministry. He will be truly missed by his church family. He leaves to cherish his memory; His devoted and loving wife Sarah. Three daughters, Elenor Lockett-Worsham of Detroit, MI, Marcella Worsham-King (Phillip) of Southfield, MI, and Swinthia Serena Worsham-Bryant (Eugene) of Katy, TX. Two grandchildren, Ciandra (Cici), and Jordan Bryant. The mother of his three daughter's, Alberta. Two goddaughters, Charlotte Cain of Sterling Heights, MI, and Isoken Ayela-Uwangue of Chandler, AZ. Two brother's, Josephus Jr. of Pensacola, FL, and Lenward of Las Vegas, NV. One sister, Valor Hendricks of Glendale, CA. Three sister-in-law's, Mamie L. Neal of Detroit, MI, Henrietta McKee-Dismuke of Sun Lakes, AZ, and Barbara McKee of IL. One brother-in-law, Joseph Glover of Sun Lakes, AZ. Two aunts, MIldred Reed, and Sadye Montgomery of Omaha, NB. Three uncles, Benjamin (BB) of IL, Owand (OW) of Los Angeles, CA, and Marco Polo (MP) of Omaha, NB. Best friend, Cliffton Burney of St. Petersburg, FL. As well as a host of nieces, nephews, cousins and friends. Herbert loved his family and loved being part of a large extended family.
See more See Less

In Memory of Herbert Obie Worsham