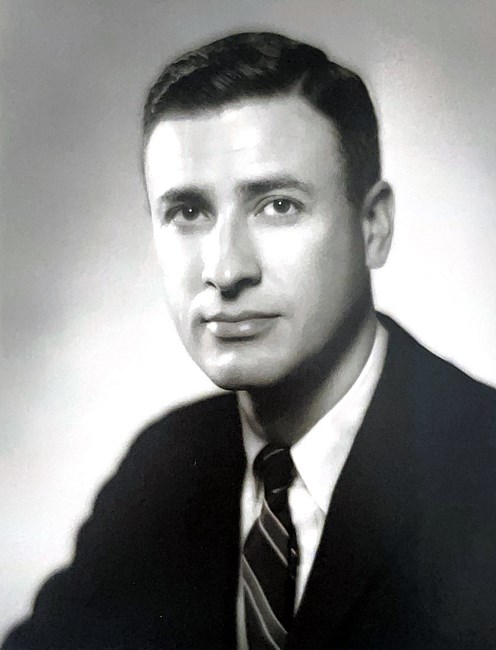 Donald A. Deutsch died peacefully at home on Sunday, Nov. 21, after a long illness. He was 94.

Don was born to Marion Farrington and Cyril John Deutsch on Jan. 10, 1927, in New York City.

A 1949 graduate of Princeton University with a degree in economics, he was also a member of the Quadrangle Club.

Don's career with Sears, Roebuck and Co. spanned four decades. He joined Sears in Lexington, KY, in 1949. After several retail store assignments, he was transferred to the company’s national buying offices in Chicago in 1953. He was promoted to the national public relations department as national director of educational programs in 1955 and later assumed responsibilities for the department’s consumer information division.

In February 1982, Don was elected Vice President - Public Affairs for Sears Merchandise Group and served in that capacity until retirement. He was also a director of The Sears-Roebuck Foundation.

In his role in public affairs, he was involved with Sears' sponsorship of 100 plus National Merit annual scholarships. Sears was one of the first sponsors of the National Merit Scholarship program. After retiring, he joined the mentor program with Executive Corps.

He was preceded in death by his wife, Jo Hopkins, and his sister, Joan Paradise of Old Greenwich, CT.

Don’s family is grateful for the love and companionship of friends especially Liz Beiser and her family. The family also greatly appreciates the compassionate support provided by his caregivers of Comfort Keepers of Chicago and Unity Hospice; and extends sincere thanks to his medical team at Northwestern Medicine.

Private Interment at Rosehill Cemetery. A celebration of life will be held at a later date. Arrangements by Drake and Son Funeral Home, 773-561-6874. Memories at www.dignitymemorial.com.

In Memory of DONALD A. DEUTSCH