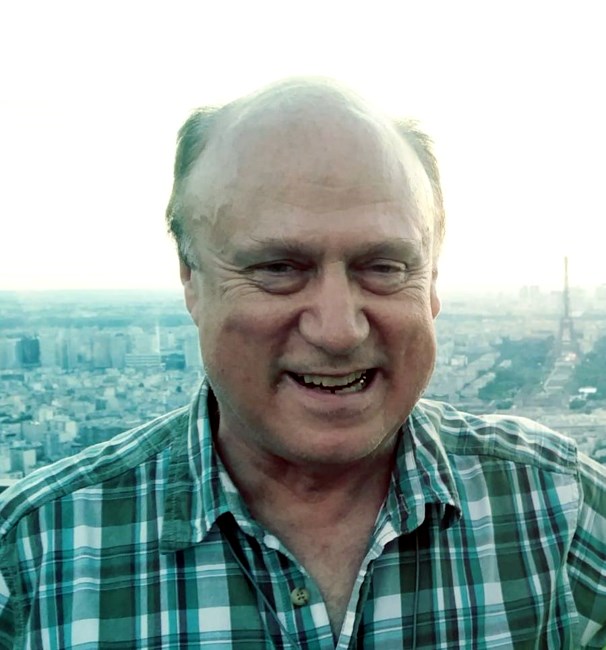 Peter J Paquette, loving husband, father, grandfather, uncle, brother and friend passed away unexpectedly on Sunday, June 12th, 2022 at the age of 75. Peter was born July 9th, 1946 in Marquette, Michigan to Ernest and Margaret Paquette, the eldest of seven children. He grew up in Marquette where he attended St. Peter’s Elementary School and subsequently graduated in 1964 from Bishop Baraga High School. After high school, he explored priesthood, spending one year at the Maryknoll Seminary in Glen Ellyn, Illinois. Afterward he received his undergraduate degree from Northern Michigan University in 1969, majoring in English. He received a masters’ degree in English from Southern Illinois University in 1975. Following, he passed the Certified Public Accounting (CPA) exam on his first try in 1979 and worked at a variety of accounting firms as a CPA for his whole career until retiring in 2018. While working in Chicago, he met the love of his life JoAnn Colacecchi and they were married on May 17th, 1975. Together they were blessed with two wonderful children and raised them in Chicago. Peter will always be remembered as having compassion for others and volunteer work in his local community of Lincoln Square. He was a champion of those less fortunate and believed strongly in helping all those who need it. He was a lifelong learner, a lover of literature and theatre, and had a passion for politics. He was active in his local parish Queen of Apostles. He was a Chicago sports fan…if they were winning. He had a great sense of humor and the best laugh. After retirement he spent much of his time volunteering for local political organizations. During the pandemic, he helped with donation drives and kept local seniors engaged. He loved sharing articles he read, and was always in the midst of reading at least one book. Peter was preceded in death by his father Ernest Paquette, his mother Margaret Paquette, his sister Michele LaJeunesse, his brother Paul Paquette, and his sister Jayne Paquette, his nephew (and godson) Jason Des Parois. He is survived by his wife JoAnn Paquette, his daughter Mary Margaret (Mark) Mullen, his son Joseph (Anna) Paquette, his grandchildren Peter Charles Mullen and James Patrick Mullen, his sister Julie (Larry) Des Parois, his sister Jill (Joe) Reid, his brother Jacques (Sue) Paquette, brother-in-law John LaJeunesse and sister-in-law Mary Beth Hamilton; and many nieces and nephews who will miss him greatly. A visitation for Peter will be held Sunday, June 19, 2022 from 3:00 PM to 8:00 PM at Drake & Son Funeral Home, 5303 North Western Ave, Chicago, IL 60625. A funeral service will occur Monday, June 20, 2022 from 10:00 AM to 11:00 AM at Queen of Apostles Parish, 2330 W Sunnyside, Chicago, IL 60625 followed by the burial from 11:30 AM to 12:00 PM at Rosehill Cemetery, 5800 North Ravenswood Ave, Chicago, IL 60660. Drake and Son Funeral Home is serving the family where condolences may be expressed online. In lieu of flowers, donations may be sent to https://www.betterstreetschicago.org/donate
See more See Less

In Memory of Peter J Paquette