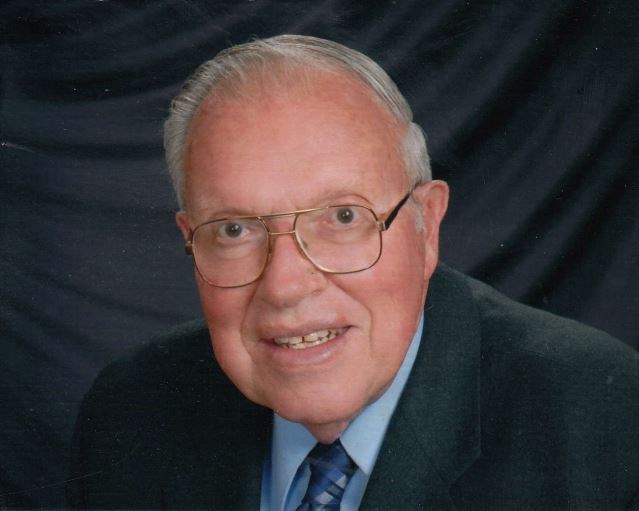 Charles Harrison Baggs, a native Coloradoan, died on August 11, 2022. He was born in Denver, Colorado to George Edward Baggs and Ruth Hicks Baggs, moving to Colorado Springs in 1946 and attending 6th grade at Steele Elementary School. After graduating from Colorado Springs High School in 1953, he obtained his business degree from Denver University becoming a CPA after graduation. In Colorado Springs, he worked as a corporate officer for Westland Theaters and then continued his career serving in the tax department of the public accounting firm of Grant Thornton and retiring in 2000. Chuck and Jan were married in Lehmberg Chapel at First United Methodist Church in 1960. As a longtime member of the church, Chuck served in numerous treasurer positions including the Berean Sunday School Class. In earlier years, he served on the Board of Trustees and the Church Foundation Board. He especially enjoyed supporting FUMC’s community involvement in ESM (Ecumenical Social Ministries) soliciting monies during the Christmas Season for “First Fund” given to ESM as monetary support. For joys in his life, Chuck attended and supported the Colorado Springs Philharmonic and often visited and supported the Cheyenne Mountain Zoo enjoying it as a family event. The cabin at Mount Massive Trout Club, where he served as President and Treasurer for many years, provided fishing and hiking the high-altitude lakes in the Sawatch Range around Leadville. The membership for the club has been in the Baggs family since the 1930’s, first owned by his grandparents, Charles and Cara Baggs. Chuck created a garden of produce and a display of colorful flowers in the front and the backyard which provided pleasure for family and neighbors. As a family man, he planned family gatherings at Juniper Valley Ranch Restaurant and The Pepper Tree. He leaves behind to mourn his loss his loving wife Janice Margaret Baggs, his sister Nancy Cara Baggs, son Steven George Baggs (Diane), daughters Karen Margaret Dripps (Dave), Marilue Ruth Beverly (Jeff) and seven grandchildren: Tyler Beverly, Michael Baggs (Lily), Rachel Storozhuk (Dmitriy), Alyssa Reimer (Jacob), Josh Beverly, Matthew Dripps, Andrew Dripps and one great grandchild Everett Reimer. A memorial service will be held at 2:00 p.m. on August 22, 2022, at First United Methodist Church, 420 N. Nevada Avenue, Colorado Springs, CO 80903. A reception will follow in the Hospitality Center. Livestream of the service will be available at fumc-cs.org and on Facebook. In lieu of flowers, donations may be made to First United Methodist Church, 420 North Nevada Avenue 80903 or the Cheyenne Mountain Zoo.
See more See Less

In Memory of Charles "Chuck" Baggs