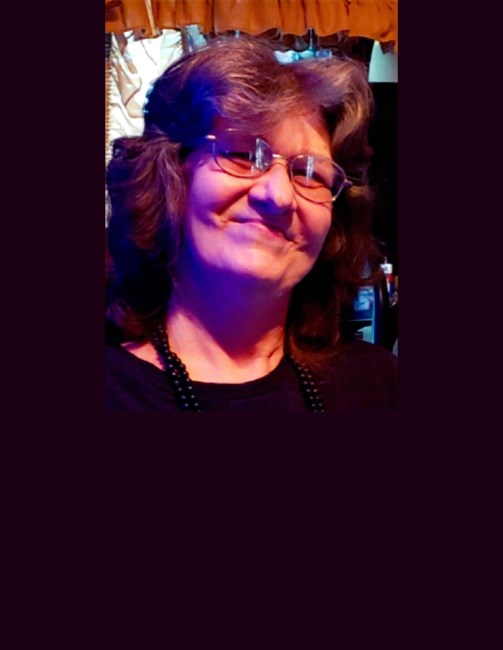 Janet Sue Lollar, 56, of Colorado Springs, Colorado passed away on August 8, 2022. Janet was born on September 28, 1965 to Patty Rosela Clark and Charles Kenneth McCollum, Jr. and had five siblings, Ron, Chuck, Judy, Donnie McCollum and Angela Spencer. She graduated from Western Boone High School and received her High School Diploma. Janet was married to Randy Lollar on August 29, 1985 and together they had Brandy Nicole and Derek Ray Lollar. She was a homemaker and had a passion for jewelry, traveling, watching TV and listening to music. Janet is survived by her husband Randy Lollar; children, Brandy and Derek Lollar; mother, Patty Spencer; her brother’s Ron, Chuck and Donnie McCollum and her sister, Angie Boler. Janet had a rough life medically speaking, but was always the happiest when she was playing games traveling with her family to see new places. Her theme was “I’ve been everywhere man.” She had too many hobbies to list, but loved making things and cooking. Fond memories and expressions of sympathy may be shared at www.MtViewMortuary.com for the Lollar family.
See more See Less

In Memory of Janet Sue Lollar