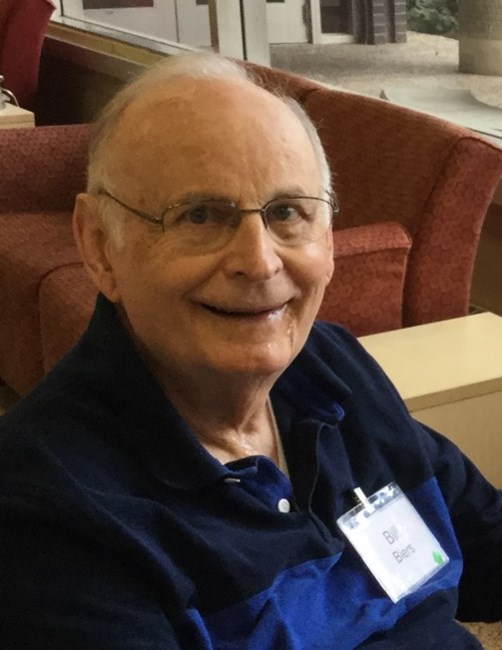 William R. Biers died suddenly on Thursday, April 12, 2018, of complications resulting from Alzheimer's disease. He was born on October 29, 1938, in Brussels, Belgium, the son of Howard Biers and Constance (Herzog) Biers. Professor emeritus of classical archaeology at MU, he joined the faculty in 1968 as a member of the Department of Art History and Archaeology where he taught classes in Greek art and archaeology until his retirement in 2001. After retirement he continued to teach Ancient Technology, a course he created to interest undergraduate engineering students. He encouraged several generations of students to experience archaeology at first hand. Bill enjoyed good food and good wine, good company and bad puns, was a devotee of opera and classical music, and loved to travel. He was a great raconteur. He loved Monty Python movies, Patrick O'Brian naval novels, and bad films about ancient Greece and Rome. He took pride in being a member of the Athenaeum in London and of The University Club in New York City. Bill earned a Ph.D. from the University of Pennsylvania and an AB from Brown University. He served as chair of the Department of Art History and Archaeology from 1973 to 1975 and from 1977 to 1980; he was director of graduate studies in 1989 and from 1993 to 1996. He served on many university committees including the campus library committee, of which he was chair from 1999 to 2001. A classical archaeologist, he excavated in Turkey and Israel, was director of excavations at ancient Phlius, Greece, and co-director of excavations at Mirobriga, Portugal. His area of specialty was the study of Greek perfume vases, and he pioneered the non-destructive extraction and investigation of organic residues with his colleague Klaus Gerhardt. His many publications included a highly successful textbook, The Archaeology of Greece: An Introduction; Mirobriga: Investigations of an Iron Age and Roman Site in Southern Portugal (with Jane C. Biers, Albert Leonard, Jr. and Kathleen W. Slane); Art, Artefacts and Chronology in Classical Archaeology; Corpus Vasorum Antiquorum, Museum of Art and Archaeology, University of Missouri 1 (with Lisa Benson); and numerous scholarly articles and book reviews. Before his appointment at MU he was employed at the American School of Classical Studies in Athens, Greece. He is survived by his wife, Jane Biers, his daughter, Katherine Biers, his daughter-in-law, Katherine Lieber, and two grandsons. A memorial service is scheduled on Saturday, August 25, from 3:00 to 5:00 pm at the Reynolds Alumni Center on the MU campus.
See more See Less

In Memory of William Richard Biers