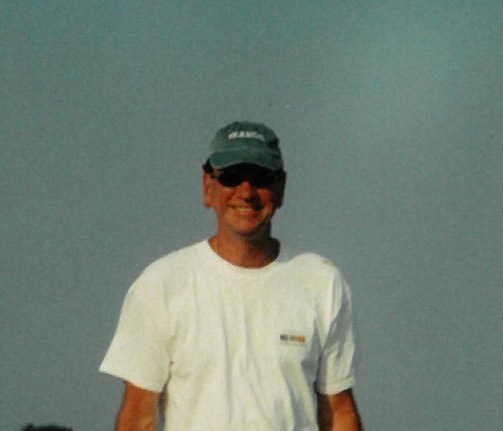 Concord New Hampshire -- Michael J Donovan, of 9 Roy Street died on Saturday, September 10, 2022 after battling a health condition that began in yr. 2020. He passed away at home, surrounded by his wife, children and grandchildren. Michael was born on April 12, 1950 in Concord NH, to the late Thomas E. Donovan Sr. and Rita (Welch) Donovan. His elementary school years were at St. John’s School in Concord, NH. In 1968, Michael graduated from Bishop Brady High School in Concord. In 1973, he graduated from Saint Joseph’s College of Standish, Maine with a Batchelor of Arts degree in Sociology. Michael was a very competitive basketball player for Bishop Brady High School and for Saint Joseph’s College. But in his heart of hearts, Cross Country running for Brady was what he liked the most. Also in 1973, Michael married Finola (Quinn) Donovan of Glens Falls, N.Y. and he began his career with the State of New Hampshire Department of Corrections. Michael was one of the original staff members at the first Shea Farm Traditional Housing Unit in Concord. He went on to staff the first Corrections Transitional Work Center and North End Transitional Housing Unit in Concord. Michael ended his working years in 2017, retiring from Fisher Auto Parts in Concord. Michael’s New Hampshire roots were essential to his identity. He cherished everything about growing up in and living his life in Concord, NH. It was a good day for Michael if he could drive to various places in town to do errands, connect with his favorite store keeper, chat with the check-out people and best of all – when he would run into someone he hadn’t seen in a while and they could reminisce about Concord life in earlier days and the norms, the people, the streets, the neighborhoods and buildings of Concord. Imagine that on snow days, the children of Concord could safely sled down the Centre Street hill to N. Main Street. Imagine “The Heights” (a/k/a “Pirate’s Island” or “The Plains”) when it was a completely undeveloped wilderness. Everyone who knew Michael will remember his amazing, quick and original sense of humor, his authentic Yankee dialect, his height, his voice, his strength and his kindness. To fortify his soul, nothing was better for Michael than spending time with the Atlantic Ocean at New Hampshire’s coastal spots. Michael dearly loved every member of his Donovan family and he dearly loved his Quinns. Most of all, he loved his wife, Finola, his daughters, Kathleen Mercedes (Donovan) Gay of Concord and Finola Mary Donovan of Raymond, NH. With great love, he raised his granddaughter Jazmin Marie Donovan from the time she lost her Father, Ryan Donovan who died in 2001. Michael was the only Father Jazmin ever knew. Michael was devoted to each of his other four grandchildren, Keagan Thomas Smith of Franklin, NH, Travis Allan Gay of Concord, Graciella Bryanna Palomar of Raymond, NH and Finola Kathleen-Ryan Gay of Concord. Michael nurtured a unique and everlasting heart-connection with each of them. Michael is survived by Finola (Quinn) Donovan, his wife of nearly 49 years, his daughters, Kathleen and Finola, his grandchildren, Jazmin, Keagan, Travis, Gracie and Finola as well as his sister, Theresa “Terry” (Donovan) Odell and her husband Gregory Odell of Penacook NH and by his brother, William “Billy” Donovan and his wife Kathy (Hall) Donovan of Penacook, NH. He is survived by many endeared nieces, nephews and cousins. Michael was pre-deceased by his son Ryan of Concord. He was also pre-deceased by his Mother and Father, Tom and Rita Donovan of Concord and by his Brother Thomas E. Donovan, Jr. of Claremont, NH. It is a comfort to know that they are all together again now. Michael left a written message to his family and friends. He wrote, “Live Happy lives. Play music.” In keeping with Michael’s final wishes, his remains will be turned to ashes and will be in the care of his family members. He requested no public services. The family will arrange a life celebration for Michael at a later date. Arrangements have been entrusted to Bennett Funeral Home of Concord, NH. Fond memories and expressions of sympathy may be shared at www.bennettfuneral.com.
See more See Less

In Memory of Michael Joseph Donovan