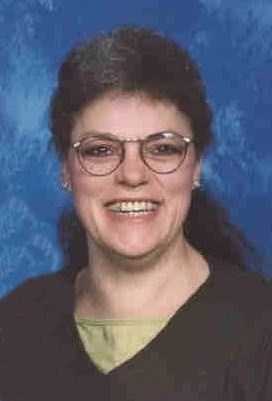 MARQUETTE HEIGHTS ~ Melinda Sue Sowers, 63, of Marquette Heights, passed away at 4:54 p.m. Monday, September 26, 2022 at University of Chicago Medicine in Chicago. Born November 23, 1958 in Peoria to Clinton Franklin and Wanda Jerline (Short) Cagle, she married Timothy “Tim” Ray Sowers on November 29, 1997 in South Pekin. He survives. Also surviving are two sons, Jeremy (Erica) Cagle and Jason (Amber) Cagle, both of Pekin; two daughters, Ashley (Bryan) Stuckel of Pekin and Angela (Tyson Hebb) Cagle of Marquette Heights; nine grandchildren; six great-grandchildren; one sister, Cynthia (Michael) Bridgeman of Toluca and two brothers, John (Sharon) Cagle of Carterville and Steven (Debra) Cagle of Havana. She was preceded in death by her parents; one sister, Kathi Day and one brother, Clinton Cagle. Melinda had worked as a CNA for many years at various facilities in the area. A homemaker, Melinda enjoyed canning, sewing and crocheting. She was a survivalist that truly believed in natural medication. Her greatest enjoyment was her family, especially being a “nana”. She was a member of Bethel Memorial United Church of Christ in Creve Coeur. Her funeral will be at 5 p.m. Friday, September 30, 2022 at Preston-Hanley Funeral Homes & Crematory in Creve Coeur. Rev. Jan Johnson will officiate. Visitation will be one hour prior to the service at the funeral home. Cremation will be accorded following the service. Memorial contributions may be given to Illinois CancerCare, 1641 Broadway Street, Pekin, Illinois 61554, Guest House of Chicago, 1933 West Polk Street, #214 (SSR Building) Chicago, Illinois 60612 or The University of Chicago Medicine Cancer Center, 5841 South Maryland Avenue, Chicago, Illinois 60637 or Leukemia & Lymphoma Society, 3 International Drive, Suite 200 Rye Brook, New York 10573. To express condolences online, visit www.preston-hanley.com
See more See Less

In Memory of Melinda Sue Sowers