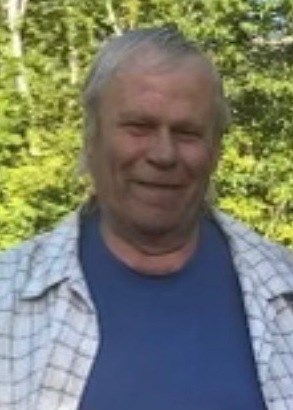 It is with heavy hearts that we announce the passing of Douglas Targett, which occurred on November 4th, 2021.

Doug was born in Campbellton on February 10th, 1951 to Lloyd and Doris Targett.

Doug is survived by his daughter Krista (Glen), his special friend Linda, his brother Tim, his sister Kimberly (Gary), and his step-children Shylah (Peter), Shane (Dianne) and Tanya (Eric). He was also survived by his only grandchild, Victoria and many nieces and nephews. Doug was predeceased by wife Jeanette (Vautour), his son Jamie, his parents Lloyd and Doris, his twin brother Donald and his sister Karen Branch.

Since retiring from NB Power, Doug spent most of his time tinkering around the yard. While he was not a man of many words, he could elaborately describe the differences between a ‘56 and a ‘57 Chevy Bel Air. Doug was a car guy that always had a project or two on the go.

He will be remembered by those that loved him as a good man with a dry sense of humour and a twinkle in his eye.

A funeral service will be held at a later date.

In lieu of flowers, donations can be made to the Heart and Stroke Foundation or the charity of the donor’s choice.

In Memory of Douglas "Doug" Targett