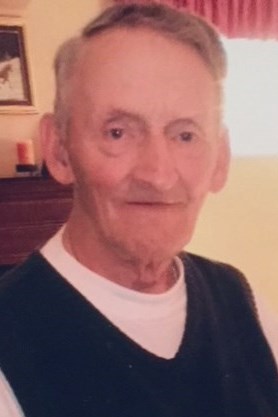 It is with great sadness that we, the family of Wilfred (Billy) Carter announce that he passed away peacefully on October 10th, 2020 at the Campbellton Regional Hospital at 89 years of age. Born in Dalhousie, NB, Billy was the son of the late Melvin Carter and Florida St. Onge. Billy was the beloved husband and best friend of his one and only love of 44 years, the late Joyce Aleta Ross of Campbellton, NB. He is survived by his son, Randy (Judy) Carter; his grandchildren Jordan Carter, Kourtney Carter, Cory Letourneau and one great grandson Lee (Halifax, NS). He is also survived by brother Mike Carter (Vancouver, BC). Predeceased by his sisters: Winona Parent (twin), Hedwidge Couture, Constance Ross, and brother – Earling Carter. Billy also worked his entire adult life at the New Brunswick Paper Mill until the time of retirement. He amongst his friends was also recognized as one of the “Bench Boys” who would send a friendly wave to many on their drive up the convent hill. We would like to share a special thank you to the Villa Renaissance nursing home in Dalhousie, NB for giving Billy the best care possible during his stay. Billy stole the hearts of everyone who had the pleasure of being amongst his presence. The Ross, Letourneau & Carter families will remember him for his big smile, big personality and amazing sense of humor. Always making others smile was evidently his pleasure in life. A graveside Service will be held at the Campbellton Rural Cemetery on September 17th at 2pm In lieu of flowers, donations to the Heart & Stroke Foundation or to the Lung Association would be appreciated by the family. Funeral arrangements were entrusted in the care of Maher's Funeral Home, Dalhousie. (506)789-1699 or toll free (855) 404-1699 email: maher.fh@nb.aibn.com
See more See Less

In Memory of Wilfred "Billy" Carter