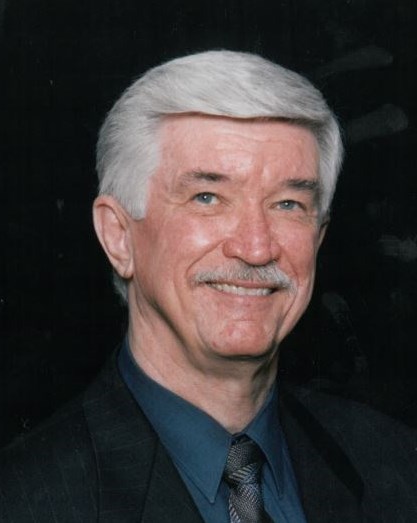 Ralph Herman Hinze of Dallas, Texas, passed away on Saturday, July 30, 2022, in Dallas. He will always be remembered as a loving father, brother, friend and colleague to all that knew and loved him. He was born on October 15, 1942, to parents Herbert and Leona (Zulauf) Hinze. He is survived by his children, who he loved to brag about, Amy Hinze (Tim Whitefield) and Greg Hinze (Patty); brother, Lloyd Hinze (Vicki); and longtime friend (and dance partner), Joan Janik. Through Joan, Ralph became an extended member of the Janik and the Zouzelka families and is survived by them as well. Ralph grew up on a farm just outside of Robstown, Texas, near Corpus Christi. He was a very good student, graduating as the salutatorian of the class of 1961, giving a speech titled “Do Not Say Go, but Go Yourself.” He then attended Texas Lutheran College in Seguin before graduating from Texas A&I University (now Texas A&M-Kingsville) with a degree in electrical engineering. He was known for being “the smartest in the class.” Ralph had a long and successful engineering career and held several patents due to his efforts. He was an early pioneer working with lasergraphic printers, initially used in geophysical surveys in the petroleum industry as well as weather and climate mapping for NASA. After his family, Ralph’s great pride was his work with the King of Glory Lutheran Church. Ralph acted in every capacity in the church whenever requested, enjoyed singing in the choir, building ramps for the disabled, serving food in the kitchen on holidays, and constructing housing with Habitat for Humanity. A memorial service will be held on Wednesday, August 10, 2022, 1:00 PM, at King of Glory Lutheran Church. In lieu of flowers, memorial contributions may be made to King of Glory Foundation, Texas Ramp Project (www.texasramps.org), or American Heart Association. Fond memories and expressions of sympathy may be shared at www.Sparkman-Hillcrest.com for the Hinze family.
See more See Less

In Memory of Ralph Herman Hinze