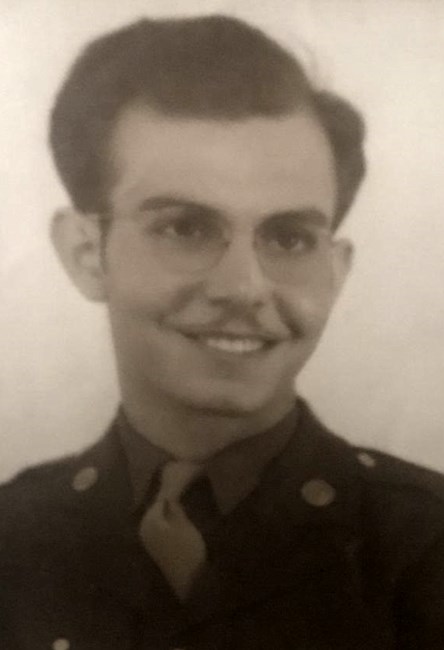 Salvatore Joseph La Barba (SAM), 99, of Dallas, Texas, passed away on January 19, 2022 Salvatore was born in Kansas City, MO on August 20, 1923, to Christo La Barba from Italy, and Rosalia Romano La Barba, and was married to Annie Katherine Todora for 74 years. Salvatore was a dedicated soldier of the 802nd Tank Destroyer Battalion in World War II and was awarded many medals for honor and bravery for his part in The Invasion of Normandy, in France on June 6, 1944. He would return home and settle in Dallas, Texas where he was the owner/proprietor of La Barba’s Grocery on Boll Street for 25 + years as well as La Barba’s drive in grocery on Forest lane for many years before retiring. He was a large Texas Rangers fan, devoted Christian, a true gentleman with unprecedented Italian Cooking skills featuring his Homemade Italian Sausage. Salvatore is preceded in death by his wife Annie K. Todora La Barba, sisters Ann La Barba Todora, Lena La Barba Cappello and Josephine La Barba Serignet. Salvatore is survived by his children, sons Chris La Barba, Michael Anthony La Barba and daughter Rosanne La Barba Blackmon, three grandchildren plus many nieces and nephews. Fond memories and expressions of sympathy may be shared at www.calvaryhilldallas.com for the La Barba family.
See more See Less