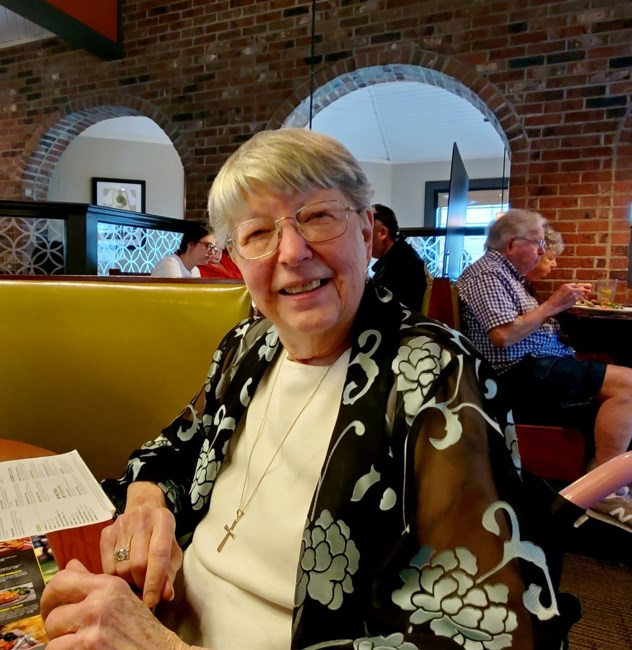 Goree, Gayle Allen, age 89, passed away peacefully on August, 3, 2022 at Hospice of Dayton. She was born on July 22, 1933 in Decatur, Alabama to Leon Reginald Goree and Margaret Allen (Davis) Goree. She attended St. Petersburg High School in Florida where she met and fell in love with George L. Griffin. They later married and moved to Dayton, Ohio. Gayle is held in sweet memory by her sister, Susan (Frank) Noyes of Tallahassee, Florida, her daughters, Laura Griffin of Dayton, Ohio and Holly Harden, of Branford, Florida, grandchildren Frederick (Andy) Bannorra, Tommy Lee Harden, and Brigitte Harden. Gayle served in the Alabama Civil Air Patrol and was a true patriot. She was proud to be a Southerner, even though she spent most of her life in Ohio. Gayle spent many years working in the printing business (she always said she had ink in her blood), eventually owning her own print shop. She worked as a technical writer at O’Neil and Assoc until her retirement in 2003 at age 70. Gayle loved Mother Nature and spent much of her free time exploring the beautiful woods of Ohio. She was an avid reader…there was never a time when she wasn't in the middle of a book that piqued her interest. She was also an artist and produced quite a few pieces of beautiful stipple artwork. After her retirement, Gayle fulfilled a lifelong goal of writing the book she always dreamed of and had it published. Her care is entrusted to Tobias Funeral Home and will be interred at Valley View Memorial Gardens in Xenia. Condolences can be left for the family by visiting tobiasfuneralhome.com
See more See Less

In Memory of Gayle A Goree