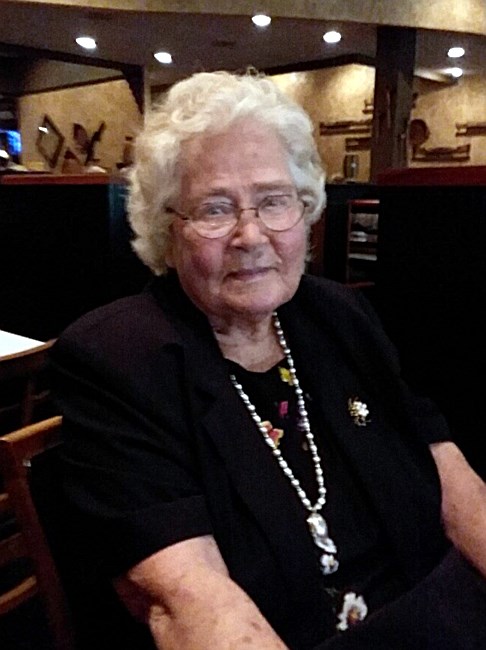 Reva Faye Albertson (nee Wilson), age 97 of FL and formerly of Dayton, OH, passed away Friday, May 6, 2022. She was preceded in death by her husband, Ernest, and parents Johnnie and Mamie (Jarnigan) Wilson. She is survived by three children: twins Connie Sue Barker and Ronnie Hugh Hensley, and Mitchell C. Albertson; three grandchildren: Lisa M Cantrell, Todd Barker and Teri Marker, as well as five great grandchildren and three great-great grandchildren. Reva was born in Coalfield, TN on Christmas Eve, 1924. She was athletic, spending time in high school playing basketball and developing a lifelong love of bowling, as well as playing softball for several years. During World War II she was employed by Eastman-Kodak in Oak Ridge TN, as part of the Manhattan Project, until the war’s end. She eventually moved to Dayton, OH where she met and married Ernest Albertson in 1950. She held jobs at Mike-Sells Potato Chip Company, The GM Inland plant, and Hewitt Soap Company, where she retired following a 24 year career. In 2010 she moved to Ft. Myers, FL and spent the remainder of her life there. Visitation will be held at the Tobias Funeral Home Belmont Chapel on Tuesday, May 17 from 11 AM until 1 PM. Graveside services will be held at Miami Valley Memory Gardens Cemetery at 2 PM on Tuesday, March 17, 2022 followed by interment there with Ernest.
See more See Less

In Memory of Reva Faye Albertson