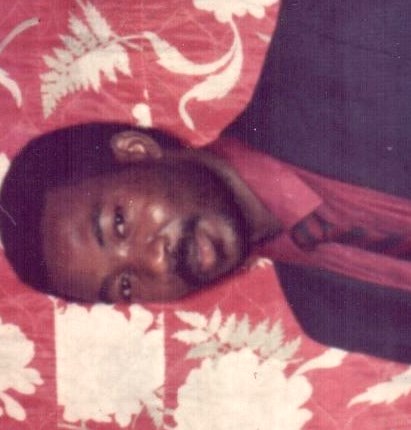 Reverend Maurice Serge Michel, also known as Sergo, was born on August 3, 1957, in Gonaives, Haiti, to Antonio Porcena and Miracia Michel Fong-Sam. Sergo grew up in a blended family and was cared for by his parents, Francois and Miracia Fong-Sam. He had four sisters: Claudette Joseph, Magalie Fong-Sam, Chantal Fong-Sam Espert, and Nancy Fong-Sam Saint-Louis; and five brothers: Jean-Renel Michel, Eddy Michel, Kenley Fong-Sam, Hayden Fong-Sam, and Francois Fong-Sam Jr. Sergo completed his secondary education at College Le Normalien in Port-Au-Prince, Haiti. In March 1982, he migrated to the United States to join his family, who were previously settled in Queens, New York. Soon after his arrival to the states, Sergo fell in love with Yvette Prudent. The two united and became one under God in June of 1987. They were blessed with two beautiful children: Noadia and Elijah Michel, after years of fasting and praying. The two remained together for 25+ years with prayer becoming the center of their family life- while he and his wife raised their children in God's fear and admonition. Sergo wanted to advance his education and decided to attend college while supporting his family. He went to York College to obtain a Bachelor of Science in Community Health Education in 1996. He was a selfless man and used his skills to advance his career by working with the special needs population. Despite his physical challenges, he held at least two jobs for many years to support his loving family, whom he cherished greatly. He worked as a Case Worker for many years serving children in foster care. His last employment was at Life's Worc Inc. Sergo was devoted to his Christian faith, and at an early age, he surrendered his life to the lordship of Jesus Christ. He was very active in the church and served in ministry by teaching the word of God. He used his spiritual gifts to serve Christ and the church community of Saint Paul Episcopal Church in Port-Au-Prince, Haiti. Sergo answered the Lord's call and went to Bible School. He became an ordained minister of the Gospel in June 2021. Sergo has fought the good fight; he has finished the race and has kept the faith. Now, there is in store for him the crown of righteousness, which the Lord, the righteous judge, will award to him on that day-and not only to him but also to all who have longed for Christ appearing (2 Timothy 4:7-8). Sergo went to be with the Lord on September 27, 2022, at South Shore University Hospital at 3:50 AM. He will be remembered for his love and faith in Christ and his love for family and friends. He demonstrated great faith that led many to Christ. Sergo was preceded in death by his parents, Francois and Miracia Fong-Sam, and brothers: Jean-Renel Michel and Eddy Michel. He is survived by his two children, wife, sisters, brothers, and extended family members. Acknowledgments: The Michel, Fong-Sam, Joseph, St. Louis, and Espert families would like to express their sincere appreciation to everyone for your expression of love to our family during this truly difficult time. Your compassion has provided us with strength and a sweet remembrance of our truly beloved father, husband, brother, uncle and friend, Reverend Maurice Serge Michel. A visitation for Maurice will be held Saturday, October 8, 2022 from 9:00 AM to 11:00 AM at Claude R. Boyd/Caratozzolo Funeral Home, 1785 Deer Park Ave, Deer Park, New York 11729. A service will occur Saturday, October 8, 2022 at 11:00 AM, 1785 Deer Park Ave, Deer Park, New York 11729. An interment will occur Saturday, October 8, 2022 at 1:30 PM at North Babylon Cemetery, Livingston Avenue, North Babylon, NY 11702. To attend the service via Funeral Service Webcasting please go to: https://client.tribucast.com/tcid/6898688141 at 11 AM or click the link below. Fond memories and expressions of sympathy may be shared at www.Boyd-CaratozzoloFuneralHome.com for the Michel family.
See more See Less

In Memory of Maurice Serge Michel