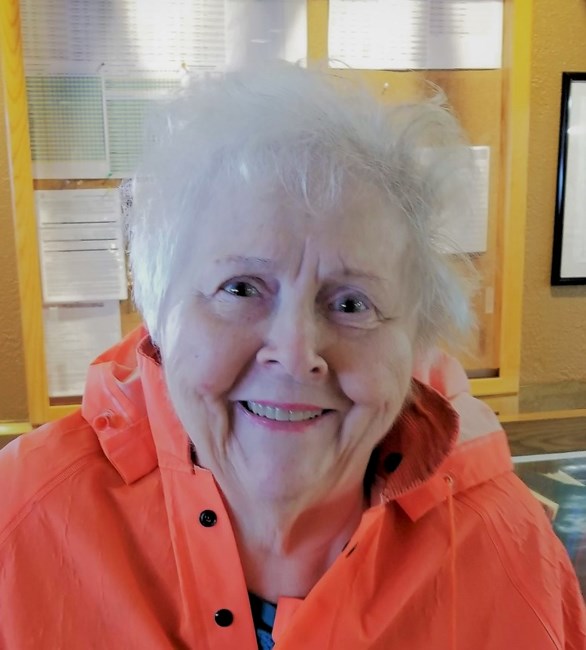 Carol Daugherty Boemmel, 89, formerly of Des Plaines, IL, was born on December 27, 1932 to the late Edward and Gertrude (nee Runyan) Daugherty and passed away on September 22, 2022. Carol was the beloved wife of the late Mathew J. Boemmel; loving mother of MaryCarol (Matthew) Liethen, Jennifer (John) Hagen, Mathew (Tracy) Boemmel and James Boemmel; cherished grandmother of Lucy, Mathew & Evelyn Boemmel and Katie & Maggie Liethen; dear sister of the late Edward L. (Joan) Daugherty and late Robert A. (Diane) Daugherty; dear sister-in law of the late Marion, late Jerome (Sherry) and late Robert (Janis) Boemmel and fond aunt & grand-aunt of many nieces and nephews. Carol was a retired primary grade school teacher in the Des Plaines Public School District and was at her most joyous with family and connecting with children. She was a gifted artist and had an innate love of nature and music. Carol was an adventurous traveler. As a young teacher, she spent summers studying in distant states and countries. Carol delighted in planning vacations for her family - from camping in Door County to exploring Mexico and Maui. Carol grew up on the south side of Chicago and spent most of her married life in Des Plaines. Most recently, she moved to Milwaukee to be near family. Carol was very charitably minded. Especially in her later years, she had a variety of causes that she believed in and was diligent in planning her yearly Christmas donations. If you would like to honor Carol, please make a memorial donation to a cause that is important to you and your loved ones. A visitation for Carol will be held Friday, September 30, 2022 from 3:00 PM to 8:00 PM at Oehler Funeral Home, 2099 Miner Street, Des Plaines, IL 60016. Prayers will be said on Saturday, October 1, at 9:15 AM at the funeral home, followed by the funeral mass at 10:00 AM at St. Mary Catholic Church, 794 Pearson St., Des Plaines, IL 60016. Interment will be at All Saints Catholic Cemetery, Des Plaines. Fond memories and expressions of sympathy may be shared at www.OehlerFuneralHome.com for the Boemmel family.
See more See Less

In Memory of Carol D. Boemmel