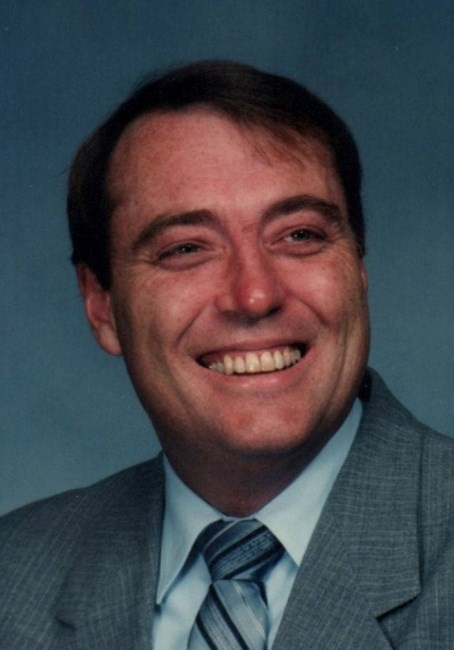 Larry N. Bekke, age 75, passed away on May 9, 2022 at home with his loving wife of 50 years, Gloria, by his side. Larry was born April 26, 1947 to the late June Overla and Lothard Bekke in Lansing, MI. He was a 1966 graduate of Sexton High School and upon completion of his studies he entered service for the United States Navy serving on the USS Pawcatuck until his honorable discharge in 1972. Larry served with the Michigan State Police for 27 faithful years, beginning his service as a dispatcher at the MSP Jackson Post and later moving to the central records division. Larry also volunteered as a firefighter for the DeWitt Township Fire Department where he enjoyed the many friendships he made. In 1984, Larry came into the Catholic Church at St. Therese parish and became a very active parishioner by serving as a member on the pastoral council, Usher’s Club, St. Michael Men’s Club and Knights of Columbus. As life went on Larry became lax in his religious practice, but always believed in God and always said he would make it to heaven on the coattails of his devoted family members. Upon his retirement in 2002 from the Michigan State Police Larry continued to work part-time for Dental Arts Lab, enjoyed playing golf and always looked forward to socializing with his friends from Guerrazzi’s Italian Restaurant. Larry is survived by his ever-faithful wife of 50 years, Gloria; his children: Bjorn (Perla) Bekke, Bianca (Derek) Murray and Brandy (Ron) Roberts; his 10 beloved grandchildren: Billy, Perla-Mar, Amon, Harmony, Melody, Bella, Nason, Mia, Logan and Alyce; and his beloved “sister”, Jeanine (Mike) Greenlee. In addition to his parents, Larry is preceded in death by his son, Brent, his grandfather, Jesse Ellis and special friends who provided him the loving family he needed as a child, Wayne, Margaret and Sue Glassbrook. The family will receive friends at Gorsline-Runciman Tiffany Chapel, 3232 W. Saginaw St., Lansing, Friday, May 13 from 2-4 and 6-8 p.m. with a Rosary at 7 p.m. The Funeral Mass will be celebrated at St. Therese of Lisieux Church, 102 W. Randolph, Lansing, Saturday, May 14 at 11 a.m. with visitation beginning at 10 a.m. Burial will be held at a later date at Ft. Custer National Cemetery in Augusta. Condolences and memories may be shared at www.TiffanyFuneralHome.com
See more See Less

In Memory of Larry Nason Bekke