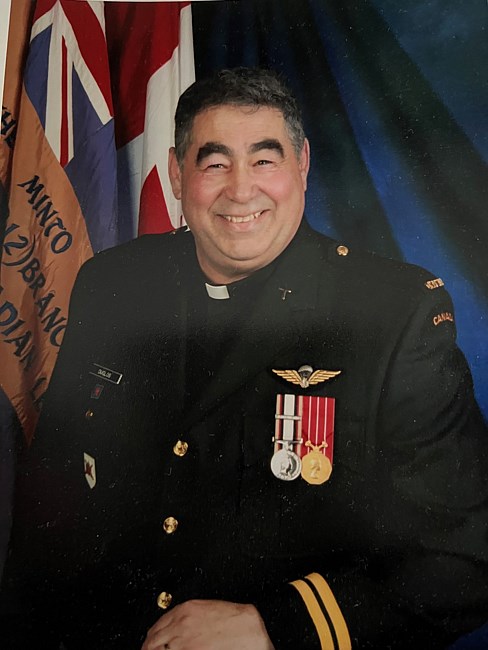 It is with great sadness we announce that God called Curtis Edgar Duclos home, at the age of 67, when he passed suddenly on April 15, 2022 at his home in Digby, NS. Born in Kitchener, Ontario, on July 2, 1954 he was a son of Marilyn and Marcel Duclos (Calgary). Survived by his loving wife of 39 years, Leona Duclos, lovingly remembered by daughter, Laura Johnston (Ian); sons, Luke Duclos (Kristan), Buck Duclos (Kiyono); grandchildren, Ashley, Brooke, Simon, Sofia , Gabe, and Aurelius; brother to, Kim Pewar (Kelowna BC), Lois McArthur (Scottsdale, AZ), Dennis and Sandi Duclos (Kitchener, ON) and lots of nieces and nephews. Dad loved to read the word of God and share the love of Christ with others, sometimes even from his front porch. Curtis was the kindest, patient, most honorable man you would ever meet. Curtis (Pa) enjoyed video chatting with his children and grandchildren, walking with his wife Leona and dog Jax in the bush while on the lookout for new trails! He loved hunting and fishing and riding his Harley on the open road. He had many adventures in his life, from rodeo work in Arkansas, sheep farming in New Zealand, building bridges in the Northwest Territories, to serving in the Airborne Jumper Regiment from January 1976 to July 1980. Curtis became an ordained minister and then served as a Armed Forces Padre from April 2002 to July 2014 until he retired. Curtis and his wife Leona enjoyed the community in their forever home on earth in Digby, NS overlooking the ocean. Donations in memory may be made to a charity of choice or The Parkers Cove Baptist church or the local food bank. Visitation 12-1:45pm with funeral service to follow, Friday, April 22 at 2pm all from Parkers Cove Baptist Church (1129 Parker Mountain Road, Granville Ferry), Pastor Collin McMahon presiding, with burial to follow. Share a memory or leave a condolence at www.jaynesfuneralhome.com
See more See Less

In Memory of Curtis Edgar Duclos