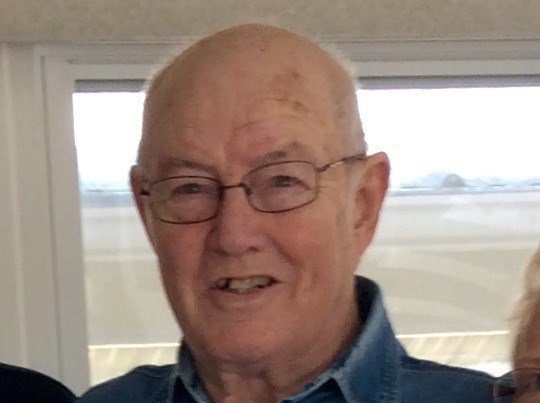 Mr. Robert “Bob” L. Grissett, age 81, of Dunn died Wednesday, April 26, 2017 at SECU Hospice House in Smithfield, NC. Mr. Grissett was born in Brunswick County NC, on February 3, 1936 the son of the late Walter and Addie Mae Hewett Grissett and is also preceded in death by his daughter Lisa Faye Grissett Moore and his brother Billy Grissett. Bob was retired from the North Carolina Museum of History. He enjoyed hunting, fishing, collecting antiques and tractors and spending time with his friends and family. A celebration of life service will be held Saturday, April 29, 2017 at 2:00 p.m. in the Lee Chapel OFWB Church with Reverend Brad Williamson, Reverend Bobby Glenn Tew and Gary Cobb officiating. Burial will follow in Lee’s Chapel Williford Cemetery. He is survived by: His wife: Mary Ann Strickland Grissett of the home His daughter: Lois Gail Grissett of Raleigh His son: Robert Walter Grissett and wife Lucinda of Harrells, NC A step-daughter: Crystal Dawn Pate of Dunn, NC A special step-granddaughter: Allison Faith Pate Grandchildren: David Strickland, Robert H. Grissett and Claire Grissett Bookout Great Grandchildren: Oden Bookout and Oran Bookout The family will receive friends Saturday, April 29, 2017 from 12:30 p.m. – 1:50 p.m. at Lee’s Chapel OFWB Church prior to the service and other times at the home. In lieu of flowers the family request memorials be made to: The SECU Hospice House 426 Hospital Rd. Smithfield, NC 27577

In Memory of ROBERT L. GRISSETT