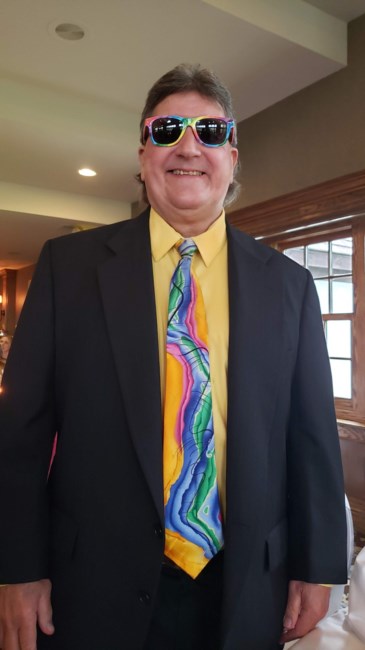 Robert Thomas Popp Jr., age 61, of Haslett, Michigan passed away unexpectedly on Tuesday, September 27, 2022. Bobby was born December 27, 1960 in Sterling, CO to Robert Sr and Barbara Popp. Along with his parents and sister, Deborah, he moved to Winston-Salem, North Carolina and then to Haslett, where he lived most of his life. Bobby attended grade school at St. Thomas Aquinas. He spent his Junior and Senior High years in Haslett where he played football, basketball, baseball and track. He was a well rounded kid and enjoyed growing up on Lake Lansing, where he was an avid waterskier. Upon graduation he went into the concrete business, first in Haslett and then in Austin, TX where he formed his own company. He moved his business to Raleigh, NC where he managed a team of workers helping build infrastructure among residential and business communities. He eventually moved back to Haslett where he continued the business. After a few years he decided it was time to retire from concrete and became a car salesman until retirement. He was a gentle soul with a twinkle in his eye. He was soft spoken, kind and respectful. He adored his parents and sister, Debbie. Bobby loved family gatherings with fun and laughter, with his relatives and friends. He was preceded in death by his mother, Barbara and grandparents, Sophie Harmon and Joseph and Alice Popp. Surviving are his father, Robert Popp Sr and sister, Deborah Popp. Visitation will be held from 3:00-6:00pm Sunday, October 2, 2022 at Gorsline Runciman Funeral Homes East Chapel with a scripture service at 5:30pm. Mass of Christian Burial will be celebrated at 12:00pm Monday at St. Thomas Aquinas Parish with visitation from 11:00am until the time of Mass. The Rite of Committal will follow at St. Joseph Catholic Cemetery. In lieu of flowers memorial contributions are suggested to the Capital Area Humane Society or the American Heart Association. Fond memories and expressions of sympathy may be shared at www.greastlansing.com for the Popp family.
See more See Less