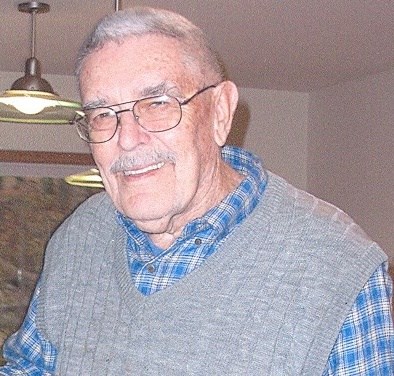 Richard Francis Boylan, 83 of Bushkill, passed away early Saturday morning, June 9, 2012 at his home surrounded by his loving family. He was born in Passaic, NJ, on October 18, 1928, he was a son to the late Joseph F. and Gertrude C. (White) Boylan and graduated from Roxbury High School and served his county in the United States Army during the Korean War. Following his honorable discharge Richard worked in the shipping department at Picatinny Arsenal, retiring after 33 years of service. Upon his retirement Richard relocated to Florida for 22 years where he was active in the Reformation Lutheran Church Lakeland, Fl. Richard was a member of the American Legion Rockaway, NJ and the Mount Hope Fire Department, Mount Hope, NJ. He enjoyed woodworking and the occasional fishing trip, camping, traveling, T.V., and playing horse shoes. Richard greatest joy was his wife, children, grandchildren and great-grandchildren. Richard was preceded in death by two sons: Richard F. Boylan Jr. and John Douglas Boylan. Surviving is his loving wife of 56 years Bessie Lou (Beal) Boylan of Bushkill; daughter, Karen Gerlich and her husband David also of Bushkill; son, Joseph Boylan and his wife Kathleen of Bud Lake, NJ; sister, Nancy Holmes and her husband Clifford of Toms River, NJ; and a brother, David C. Boylan of Randolph, NJ; grandchildren, Melissa Jaworowski, David Gerlich Jr., Joseph Boylan Jr., and Kayla Boylan; great grandchildren, Joseph David Boylan, III and MaKayla Marie Gerlich, and several nieces and nephews. A memorial service will be held on Tuesday, June 19, 2012 at 3:30 P.M. at the Lanterman & Allen Funeral Home, Inc., 27 Washington Street, East Stroudsburg with Rev. Dr. Thomas Richards officiating, from Saint Paul Lutheran Church. Family and friends may gather at the funeral home on Tuesday, June 19, 2012 from 2:00 P.M. till the time of service. Interment will be in Rest Land Cemetery, Hanover, NJ on June 21, 2012 at 10:30 a.m. Arrangements have been entrusted to the Lanterman & Allen Funeral Home, Inc., 27 Washington Street, East Stroudsburg, PA 18301. www.lantermanallenfh.com
See more See Less

In Memory of Richard Francis Boylan