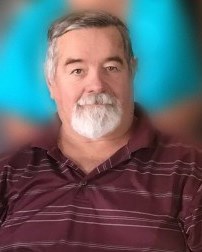 Jerald Herbert “Jerry” VanderLugt passed away in Oklahoma City, Oklahoma on July 12, 2019. Jerry was a longtime resident of Simla and Colorado Springs. He was born in Colorado Springs on May 26, 1948 and was a graduate of Big Sandy High School in Simla with the class of 1966. The last three years of his life were spent in Arizona. He moved recently to be near family in Oklahoma. Jerry leaves behind his wife of 50 years, Linnea VanderLugt; sons, Eric VanderLugt (Jennifer) of Oklahoma and Erron VanderLugt of Oklahoma; daughters, Shelly Delgado (Deke) of Colorado Springs and Amanda VanderLugt of Oklahoma; sisters, JoEllen Mercer (Dan) of Arizona and Susie Crabb (Larry) of Parker, Colorado; granddaughters: Micaella Church-VanderLugt and Madeline VanderLugt, of Oklahoma, Kassidy VanderLugt, Tela Delgado and Aundrea Rupp all of Colorado Springs; mother-in-law Betty Meader of Iowa; sister-in-law, Mynon Mahncke (Mike); brothers-in-law, Anthony Meader (Rose) and Blair Meader; many loving nieces, nephews, and cousins; and a host of friends. Preceding Jerry in death were his parents Herbert and Madeline VanderLugt of Simla, Colorado, and father-in law, Foye Meader of Iowa. Inurnment will be at the Simla Cemetery along with a Celebration of Life to be held at a later date.
See more See Less

In Memory of Jerry Vander Lugt