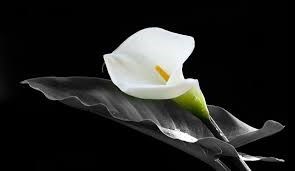 On Saturday, 04 December 2021, Saint Peter piped James E. Ferguson aboard Almighty God’s Boat in his welcome to Heaven. That was fitting and proper given his faith, lifelong love of his wife and family, the degree of his dedication to the United States Navy, his tremendous pride in his service as a Submariner, and his exceptional patriotism. James was born on 14 June 1950 of Donald A. and Doris I. Ferguson in Primghar, Iowa. He attended and graduated (we’re not sure how…) from Sheldon High School in far northwestern Iowa. James forever retained and practiced his smalltown upbringing, by the content of his character, his love of country, and his love of the outdoors, hunting, fishing, and golf. After James’ service in the Navy, James attended and graduated (again, we’re not sure how…) from Iowa State University and received a Baccalaureate Degree in Bacteriology. That degree, his devotion to his bride, Phyllis, and his exceptional work ethic served them well over the years. James often reflected on the start of their lives together, commenting that he and Phyllis didn’t have two nickels to rub together at the time. They soon did. James was a Master Reductionist, able to quickly analyze extremely complex processes, and rapidly understand and communicate the production adjustments to others in the simplest of terms, so that every team member could maximize their contributions to the big picture. An extremely successful and efficient plant manager, James proved he was open to any challenge (every challenge would lose). James was preceded in death by our parents and oldest brother Steven, and is the beacon for his lifelong love, Phyllis, and four remaining brothers, David, Tom, Dale, and Paul. `Rest in Eternal Peace, Brother, and keep the light on. Fond memories and expressions of sympathy may be shared at www.MartinFuneralHomeWest.com for the Ferguson family.
See more See Less

In Memory of James E. Ferguson