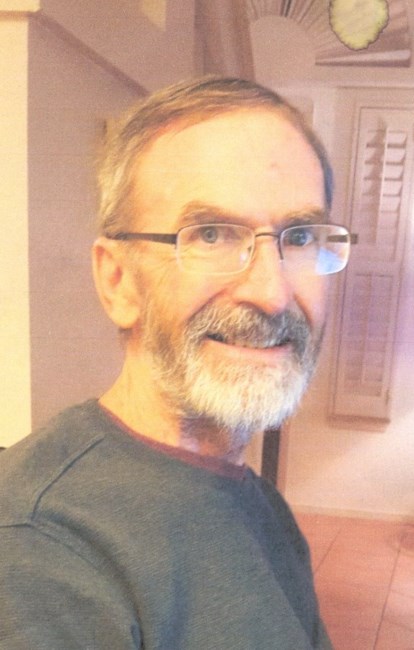 John Gerard Huenneke, age 60 was called home by the Angels on Friday January 29, 2016. John had been battling intestinal problems since March of 2005. He was born in St. Louis Missouri to Joseph and Marjorie Huenneke. He was a graduate of DesMet Jesuit High School, the University of Missouri, and New Mexico State University. He was copy editor for the El Paso Times, a job he loved so very much, and a former teacher in both the Gadsden Independent School District, and the El Paso Independent School District. John was a sports fan; he loved the UTEP Women’s Basketball Team, the El Paso Chihuahuas, the Wiggs Cheerleading Squad, and his beloved St. Louis Cardinals. He is preceded in death by his parents Joseph and Marjorie Huenneke, and his father in law Juan Murillo. He is survived by his wife Rebecca “Becky’ Murillo Huenneke, his beloved children Anneliese “Annie Rose” Huenneke, and Connor Huenneke. His brothers Dan Huenneke, Steve Huenneke, and his brother in law Xavier Murillo. His sister Susan Morley, His sisters in law Joan Huenneke, and Mary Reyes. His mother in law Luz G Murillo. Several nieces and nephews, two grand nieces, his lifelong friend Bruce Donelly. Visitation services will be held on Thursday February 4, 2015 10:00am – 12:00 pm at Hillcrest Funeral Home located at 5440 Doniphan. Celebration of Life Services will be held at one in the afternoon at Bethel Bible Church located at 6440 Montana. Pallbearers will be : Robert Moore, David Reyes, Steve Huenneke, Dan Huenneke, Bruce Donelly, Gustavo Gomez, John Murillo, Xavier Murillo and Michael Huizar. Honorary Pallbearers will Connor Huenneke, Marty Huenneke and Jason Murillo. The family is requesting that the colors blue and orange be worn to the service as they were John’s favorite colors. “My love for you is deeper than the ocean and then back again” John Huenneke 12-31-1998
See more See Less

In Memory of JOHN GERARD HUENNEKE