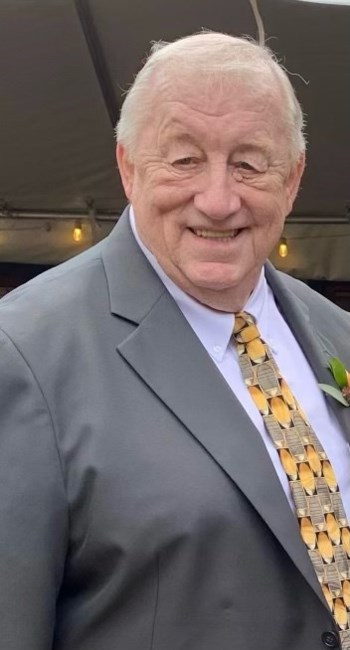 Mark Joseph Richards was born on July 26, 1949, in Baltimore Maryland, the son of James and Beatrice Richards. He passed away on July 26, 2022, at the age of 73. He was preceded in death by his sister Joyce Zeberlein. He is survived by his wife, Linda Richards of Fairfax, Virginia, his brother David Richards of Franklin, New York, his son Keith Richards (daughter-in-law Claudia Testea) of Cromwell, Connecticut. His grandchildren include Kelly Ferrara (Jesse) of Middletown, Connecticut, Kevin Richards of Middletown, Connecticut and Austin Testea of Cromwell, Connecticut. He is also survived by several nieces and nephews. Mark graduated from Calvert Hall College High School, a Catholic college preparatory high school for boys in Maryland. The school’s mission is to make its students “men of intellect, men of faith, and men of integrity.” The school succeeded with Mark, as he was truly a man of extreme faith, integrity, and intelligence. Mark served in the United States Air Force from 1968 until 1979 during which time he served a tour in Viet Nam. Subsequently, he worked as a weather observer and supervisor at National Airport. If you ever called the weather on your phone, Mark was the voice of the weatherman from 12-5. Mark was a man of many talents. He could sing with a voice like Garth Brooks (you know, “I’ve Got Friends in Low Places”!) and he could dance like Fred Astaire (for those of you old enough to remember Fred Astaire and Ginger Rodgers); besides being an exemplary sports umpire and referee, Mark could coach baseball better than any major league coach, and he could predict the weather with accuracy that transcends Doppler. Those of us lucky enough to work in the school system with Linda relied on “Les Humid” to determine whether we should cancel a school game, and when there was the threat of snow, we waited with bated breath for his predication and then we always knew whether we would have school or not. He never missed the mark (no pun intended). Once Mark was on the TV showing how weathermen measure snow. He brought out his humor and a yard stick for that explanation, and he was so funny that anyone who saw that clip will never be able to measure anything without that memory! Those who knew this complex man knew that he was compassionate and sensitive beyond Webster’s definition of the words. He devoted his time every December to help with Toys for Tots to make sure that all kids had gifts at Christmas. He also opened his heart to special needs athletes as a volunteer for Special Olympics. For years this giant of a good Catholic soul would drive out to Maryland every Sunday to take his sister and her friends from the nursing home to breakfast; they truly anticipated their Sunday dates with Saint Mark who patiently sat and listened to them as they chatted for hours. He never once let them down …after all, he thought no one needs to say one more Act of Contrition! Mark’s favorite things revolved around the love of his life, Linda. They were high school sweethearts who were married shortly after graduation. Linda never let him live down the fact that although he was in the military and 19 years old, his mother still had to sign for them to get married. Except for his duties in the military or his days at work, the two of them were inseparable. Together their voices blended in harmony, and they frequently enjoyed singing together with friends, most notably at the Elks Club in Fairfax. Mark loved to cook dinner for Linda and bring breakfast to her in bed on the weekends. Every night, they would sit holding hands while they watched TV. They were two love birds. Everyone who knew Mark knew he would never have left Linda by choice; God must have shown Mark a love more beautiful than the earthly love he shared with the one person he adored in life. A visitation for Mark will be held Wednesday, August 3, 2022, from 3:00 PM to 7:00 PM at National Funeral Home, 7482 Lee Highway, Falls Church, Virginia 22042. A funeral service will occur Thursday, August 4, 2022, from 11:00 AM to 12:00 PM at Saint Phillips Church, 7500 St. Phillips Court, Falls Church, VA 22042. Fond memories and expressions of sympathy may be shared at www.NationalFH-MP.com for the Richards family.
See more See Less

In Memory of Mark Joseph Richards