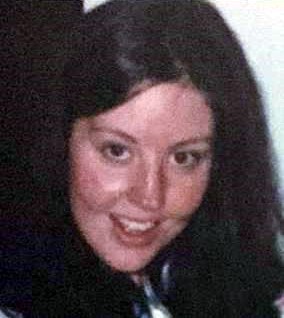 It is with great sadness, Sandra Gail (Sandy) Piccinato (nee Murray), age 59, of Fort Frances, Ontario passed away on Saturday, January 22, 2022 at La Verendrye Hospital. Sandy was born on April 9, 1962 in Emo Ontario and was the first of three girls born to Joan and Pat Murray. Sandy lived in many Northern Ontario/Manitoba communities, namely Pinewood Ontario, Winnipeg and Headingley Manitoba, Camp Robinson Ontario, Rainy River Ontario and then the family settled in Fort Frances Ontario. After high school, Sandy had a brief move to Toronto but then moved back to Fort Frances. She also had a special place in her heart for Baudette, Minnesota where our Blom and Murray families met most summers for 4th of July and family picnics. She met the love of her life, Noris Piccinato, in Fort Frances and they started their family, welcoming their children Gillian and Tyson. They later married in an intimate New Year’s Eve celebration. Sandy had a great love for reading books. She, her mom, Joan and her Auntie Jill would switch books between each other from Fort to Winnipeg and back again! Sandy is survived by her husband Noris Piccinato of Fort Frances., Children Tyson and Gillian Piccinato both of Fort Frances, Sisters Belinda Chin Pang of Utopia., and Tricia (Dave) Escuyos of Mississauga., Sister In Law Danila (Dave) Hoard., Niece Melissa (Richard) Cunningham., Tara (Domenic) Morelli, Nephew’s Tyler Chin Pang of Mississauga., Cody (Christopher) Escuyos of Toronto., Riley (Mooeh) Escuyos of Mississauga., Great niece T’KawPaw Escuyos (Riley) of Mississauga., Ian Chin Pang of Mississauga, Aunt Patsy & Uncle Mel Borgen of Baudette Minnesota, Aunt Jean Blom (Alfred) of Aurora Colorado, cousin Sherri (Hal) Smart of Grand Forks ND and several other cousins and great cousins from the Blom and Murray families. Sandy was predeceased by her parents Joan and Theodore (Pat) Murray, Father and Mother-in-Law Sam and Pierina Piccinato, maternal Grandparents Carl and Mildred Blom (nee Ekeberg), paternal Grandparents “Nanny” Adele (Carpenter) and (Grandad) George Murray, and several Maternal and Paternal Aunts and Uncles who are all sadly missed. Sandy will be best remembered for her quick wit and sense of humor. She always had a joke in her back pocket that was sure to make you laugh and remember for future. She had her sayings like Okaley Dokely and Katonk. She also loved classic rock - namely the Rolling Stones and Rod Stewart. You will be sadly missed. A Celebration of life will be later in the spring to ensure the safety of everyone.
See more See Less

In Memory of Sandy Piccinato