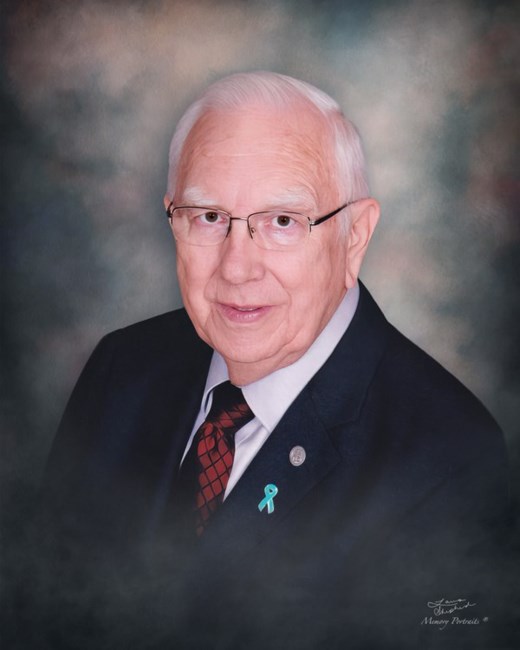 Larry D. Loux, 82, of Fort Smith, passed away on Friday, September 30, 2022. He was born on January 24, 1940 to the late Jeff and Rea (Bumpers) Loux. Larry, a lifelong resident of Fort Smith, attended Fort Smith Junior College and the University of Arkansas at Fayetteville, where he met the love of his life, Judy (Miller) Loux. They married on December 23, 1960 at First Christian Church in Fort Smith. Larry, a true Southside supporter, began his 37 year tenure at the school on the first day it opened. During his career as a beloved history teacher, he served as intramural director for 12 different activities, was sponsor of the Interact Club, announced the band at halftime for 14 years, announced football games and ran the school canteen. Even though he was never a member of the band, he sure enjoyed them and was inducted into the Southside Band Ring of Honor. Before serving on the board for the Fort Smith Public Schools Foundation, Mr. Loux was the first advisor for Southside Student Council, served as Executive Director of the Arkansas Student Council Association for 16 years, and was the Western Advisor for the Southern Association of Student Councils. He and his wife sponsored and ran a student leadership camp on Lake Catherine for 15 years. Upon retirement, Larry joined the Fort Smith Noon Civic Club, served on the board and as a trustee for the Clearing House, served on the Advisory Council for Education of UAFS, was a UAFS benefactor and established scholarships in the field of education at UAFS. He loved to talk history, therefore he volunteered tirelessly as a step-on tour guide at Miss Laura’s-Fort Smith Visitor Center. Larry was an avid fan of the Arkansas Razorbacks, loved March music, especially by Sousa. He loved Christmas, playing Santa to his young nieces and nephews, and loved folk dancing, which he taught for many years. He is survived by his wife of 62 years, Judy, of the home, one sister-in-law, three brothers-in-law, and many nieces, nephews, cousins and good friends. Funeral services will be at 11:00 A.M. on Thursday, October 6, 2022 at Goddard United Methodist Church, where Larry was a lifelong member. Burial will follow at Roselawn Cemetery in Fort Smith. Family will greet friends from 5:00 P.M. to 7:00 P.M. on Wednesday, October 5, 2022 at Edwards Funeral Home. Pallbearers will be Roger Crow, Carl Allison, Tyler Edge, Chuck Stierwalt, Tony Galier and Tom McAlister. Memorial contributions may be made to Goddard United Methodist Church, 1922 Dodson Avenue, Fort Smith, AR 72901 or go to www.goddardumc.org or the UAFS Foundation, 5210 Grand Avenue, P.O. Box 1359, Fort Smith, AR 72904 or go to www.UAFS.edu.
See more See Less

In Memory of Larry D. Loux