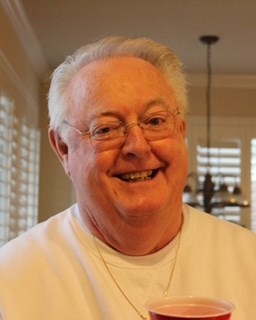 Danny Joe Bailey, 84 of Fort Worth, Haltom City, Tyler, Waco, Hideaway Lake, Grapevine, Las Vegas, Burleson, Flower Mound and Corinth, was a private pilot and loved to fly. He was baptized on March 6th, 2022 and made the biggest flight of his life to be with his Lord on July 24th, 2022. Dan was born and grew up in Fort Worth. Dan graduated from Paschal High School where he was voted Mr. Personality A+ which is so true. Shortly after fell in love with Lavonia, the love of his life and wife for 63 years. Dan spent 43 years working with Central Freight Lines, following in the steps of his father. He started on the dock in 1959. He retired from Central after 42 years, but they wouldn’t let him go. They called him to come back and save a terminal in Las Vegas, making Central 43 years of his life, and retired again. He just couldn’t stay retired and went to American Eagle Freight as vice president. When Eagle merged into FFE Transportation, he dedicated another 8 years to trucking before retiring again. Dan was a Master Mason, St. John’s Lodge #53, Scottish Rite 32nd degree, Member Shriner Sheran Temple, Jeep Patrol. His only child, Talana Sue Bailey, was born December 18, 1959. She gave him a grandson, Jason Charles Duncan on August 12, 1983. And then a great granddaughter, Molly Lynn Duncan, came along on July 11th, 2008. He also had two “adopted” grandchildren that loved him and he loved dearly, Isabella and Pierce Heath. Dan was preceded in death by his brother Bill Bailey and his beloved wife, Lavonia Bailey. He is survived by, his daughter Talana and son-in-law Duncan Halve, grandson Jason and wife Lindey Duncan, great granddaughter Molly Duncan, sister Danielle Bailey, sisters-in-law Sharon Owens and Linda Bailey, nephews and nieces Will and Shannon Bailey, Jeff and Jenne Bailey, Brandon and Lindsay Heath, Debbie and Red Mantooth, great nieces and nephew Halle, Brooke, and Courtney Bailey, and Isabella and Pierce Heath. Dan lived a very full and active life with work, flying, dancing, cooking on the grill, Jeep Patrol, fishing, playing 42 and Wahoo, hunting, traveling, and watching the Cowboys and his favorite team, the Texas A&M Aggies. If you knew Dan, then you have been touched in a way that will not let you forget him. There is no doubt in our minds that your life was enriched in some way. That was his way. He was blessed with many gifts from God. The insight, wisdom and the ability to understand and say the right thing and to always know when you needed a little spark, or a big push. He always had a smile and a quick wit. He had a great deal of love and compassion for others, no matter what he was going through. He was a good man. Dan was important to so many people. Not just his family. He helped many men get a start on life and a career with Central. Several have told us he changed their lives forever. We know he changed all of our lives for the better. We love him and will miss him always. I am the resurrection, and the life; he that believes in me, though he die, yet shall he live…John 11:25
See more See Less

In Memory of Danny Joe Bailey