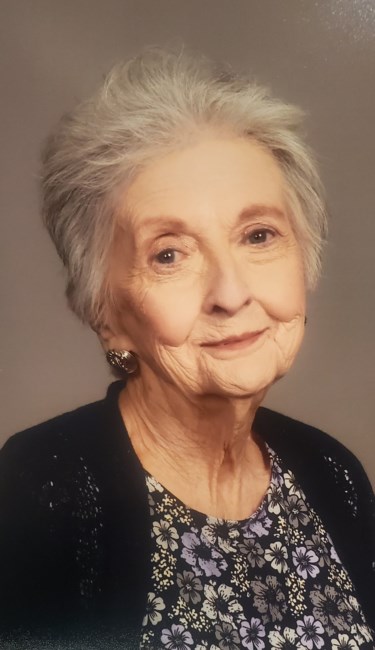 Fran Havard passed away peacefully on July 28, 2022 in Burleson, Texas at the age of 87. Fran was born Norma Frances Hogan to R.W. Hogan and Maedelle Gidden on September 3, 1934 in Thornton, Texas. She was raised lovingly by her mother and her stepfather Dwight Casto. Fran later chose to add Casto to her surname. She learned early in life that family is important and consists of those you choose or those who choose you. She grew up in La Marque, Texas with her brother James Hogan and stepbrother Earl Casto. She graduated from La Marque High School and later attended Howard Payne College. There she served on the Yellow Jacket staff, was a “Jackette” and sang in choir. About this time, she was reacquainted with fellow high school classmate Gary Havard and they were married July 7, 1956. Gary had attended Arlington State College and Texas Tech, so after marriage Fran traveled and worked where Gary took her. After his graduation from Tech in architecture in 1960, they came to Fort Worth to settle. With short moves back and forth from Dallas, she ended up living in Fort Worth for nearly 60 years. Gary and Fran wished so much to have their own family and with the help of Buckner Baptist Benevolences in Dallas welcomed a son Joel Kelley into their loving home. Buckner called again 11 months later with a request to take a second son. They wholeheartedly agreed and Derek Collin came home. Their household had two babies under two years, but they were overjoyed. Then two years later, Courtenay Anne came home to make the Havard family complete. Fran always remarked, she entered the hospital in high heels and left with a baby in her high heels, not the wheelchair as the other mothers did. But she could not have been prouder. In her early work career Fran had worked for Traveler's Insurance and Pioneer American Insurance. After her children came along she devoted herself to her children’s needs and was active in PTA, Cub Scouts, and Girl Scouts. She ended up leading Courtenay’s troop all the way to high school and enjoyed taking the girls on overnight camping trips. In 1975, she completed her Real Estate License so she could manage her work time with the children’s activities. One year to earn extra money for Christmas, she began work at Sanger Harris and decided to stay. She ended up retiring from Foley’s in 1999. She developed such close friends there at Hulen Mall, they continued to meet even after retirement. Her “Foley’s Gang” or “Luby’s Lunch Bunch” were the dearest of friends. Fran was a loving wife and mother through all stages of her life. Even though she suffered tragedies when they lost son Derek and when Gary passed at age 69, her Southern Baptist background and being raised with faith and belief in prayer carried her through. Fran’s steadfast love of family, allowed her to care for her own family, her mother’s and Gary’s. When daughter Courtenay wanted to search for her own birth mother, Fran and Gary were totally supportive and encouraging. When Courtenay added a new mother, grandparents, and great grandparents to her family tree, Fran welcomed them into her family as well. Fran’s family could never be too large and love could not run dry. Her family takes comfort that Fran is rejoicing in heaven and reunited with family there.Fran was predeceased by her parents, her husband Gary L. Havard, her son Derek Havard, her brother and wife Earl and Doris Casto, and her sister-in-law Judy Hogan. She is survived by brother: James Hogan of Fort Worth, daughter and husband: Courtenay and Pete Slavik, son and wife: Joel and Victoria Glendening Havard, and grandchildren: Sophia May and Collin G. Havard, as well as many nieces and nephews including great-nephew and great-niece Seth and Bella Hogan, that Fran kept after school for many years. Should you wish to remember Fran, memorials may be made to University Baptist Church, P.O. Box 101074, Fort Worth, TX 76185 or Community Hospice of Texas, 6100 Western Place, Suite 105, 76107. www.CHOT.org
See more See Less

In Memory of Frances Casto Havard