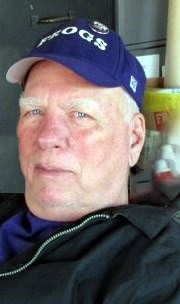 With sadness, we announce the passing of our brother and uncle, Ralph Hardin Crouch, 83, of Fort Worth, on the 30th day of November, 2019. He was born to Howard and Thelma Goad Crouch on September 29, 1936 in Fort Worth. He was the third of five children.

At an early age, Ralph, his two older brothers, and parents traveled the train line from south Louisiana to far west Texas following their father’s work for the Texas and Pacific Railway Company. They lived in a train car outfitted for living, and the adventures the brothers have told of this time were ones of fun, hardship, and always with a smile. This was the beginning of Ralph’s love of the railroad and also became his life’s work. Ralph graduated from Bunkie, Louisiana High School where he excelled in all sports and continued valued friendships from that time until his passing. He attended Abilene Chrisitian College, and Northwestern State College in Louisiana. He served his country, which he loved immensely, in the US Army. He then returned to Fort Worth to begin his career.In the late 1960s Ralph worked for the Missouri Pacific Railway in the Engineering Department under the direction of Mr. Don Bertel. He followed Mr. Bertel to his newly formed company TRAX, now Rio Grande Pacific Corporation, a nationwide railway enterprise he helped to grow with Mr. Rick Bertel, who Ralph considered his friend. Ralph served as the Director of Engineering for 37 years until his passing. At RGPC, he worked alongside his nephew, Matthew Mattiza for the last ten years. He was a mentor and advisor and Matthew will continue his uncle’s work. Our brother became a TCU Horned Frog fan in the 1960’s and his allegiance never wavered. You could find him on the TCU campus at baseball, basketball, and football games, and always had his family with him He’s been a proud member of the Frog Club and a supporter of TCU athletics for many years. The first game at Amon Carter Stadium won’t be the same next season. His main hobby was fishing, but he loved reading, working crossword puzzles with an ink pen, and could solve any math problem given him. He enjoyed his farm in Bowie where he raised cattle and his lake house in Athens where he could fish anytime. A true family man, he embraced every niece and nephew as his own, and formed a special bond with each one. His quiet talks and words of wisdom were taught in that low voice that commanded your attention. Fond memories of being taught to drive in his farm truck and driving a tractor will be remembered by all. He loved John Wayne movies, and 1950s music which was required watching and listening for “all those kids”. To know our brother and uncle meant you knew truth and a righteous life were his North Star. He was a hard working man, lived a simple life, and his goodness and kindness will be his legacy. We all will miss him more than we can say.

In Memory of Ralph Hardin Crouch