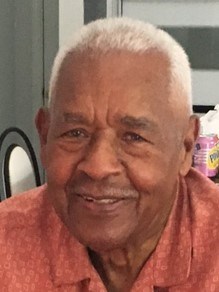 Edwin (Ed) Candido Fortes, of Everett, was a gentle man - generous with his time, wisdom and resources. A lifelong active learner, he was intellectually curious, walking daily to the Everett Public Library to read the newspaper and to check out a book. A bibliophile, he was a well-read person who had a fondness for creative historical nonfiction. If Ed was not reading a book or gardening, he was watching PBS programming such as Masterpiece, Frontline, historical and black culture features. Ed also enjoyed visits to museums and traveled both domestically and internationally to visit the historical places he read about. Ed was civil, polite and a person of integrity. A man of his word, he was not easily swayed by popular opinion. Because of his love for learning, he could converse with anyone on many topics. Well-spoken, he also listened to what others had to say while communicating his point of view. Even after his retirement, he continued to exhibit a very strong work ethic, striving to give his best every day. His lifelong investment in being an individual of strong character kept him mentally sharp throughout his long life. Ed passed away on August 26, 2022 at the age of 90 after a short illness. He was born in Chelsea, MA to Elizabeth and Candido Fortes. In 1949, he graduated from Chelsea High School. As a young man, his brothers and sisters fondly remember him for his kind, easy-going and caring spirit. Always dependable, his generous nature shined as he cared for his beloved mother during her elder years. A veteran of the United States Navy, he worked as a shipping clerk and apprentice pipefitter in the Boston Naval Shipyard. Upon retirement from the U.S. Navy, he remained active in the Naval Reserve while he embarked on a career with I.B.M Corporation working in the Accounts Receivables, Billing and Inventory department. His father, Candido; his mother Elizabeth; his brothers Anthony Fortes and Joel Lopes; and his sister Cathleen Santio preceded Ed in death. His two sons, Anthony P. of Dorchester, MA and Edwin Charles of Pawtucket, RI; his brother Norman (Gary) Lopes of Everett, MA and his two sisters Isabelle Martin Allen of Wyoming, MI and Carolyn Hardwick of Silver Spring, MD survive him. Ed will remain forever in the hearts of his grandchildren, great-grandchildren, nieces, nephews, cousins and friends. Ed never liked being the center of attention and per his wishes; there will be no memorial service. To honor his memory, make a habit of visiting your local library or bookstore to select great books to read and/or donate books to your local library, children’s or elder community organizations to share the love of learning with others. “Until we meet again, here’s wishing you a happy voyage home.” Rest well in your journey, my friend.
See more See Less

In Memory of Edwin Candido Fortes