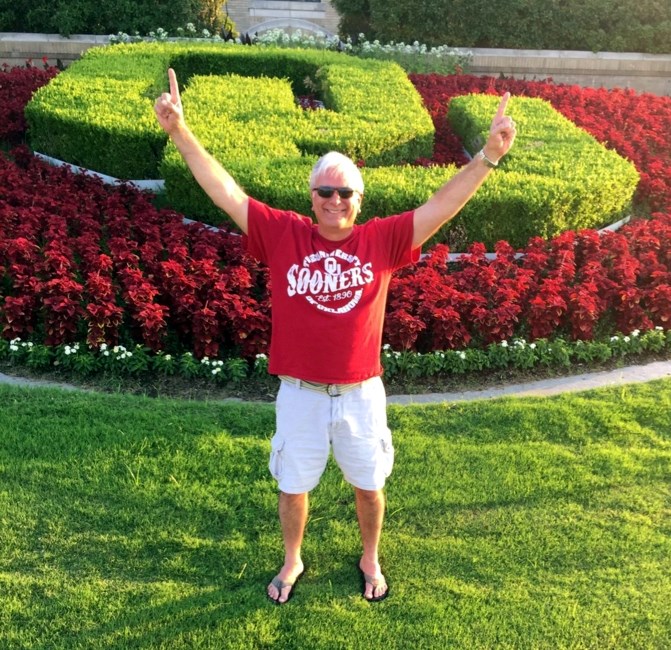 Devin Lee Hill, 59, died unexpectedly on July 29, 2022, at Liberty Hospital in Kansas City, Missouri. Devin was born on May 11, 1963, in Norman, Oklahoma to Peggy Ann Jackson and Frankie Lee Hill. Devin was raised in Oologah, Oklahoma. He joined the Navy after attending OU for a brief period. At that time, he was stationed in Norfolk, VA for many years. It was in Virginia Beach, Va. that Devin met Dawn, and the coupled married in 1998. The couple spent many years living in Texas before moving to Kansas City for Devin’s job. They enjoyed camping and beach life as often as they could. Devin had three children. They remember him as a kind, gentle, patient, and driven father who encouraged them to pursue their goals. Devin was an avid fan of the Oklahoma Sooners and lived for his family and Sooner sports. He is preceded in death by his father Frankie Lee Hill and stepmother Shirley Hill both of Tulsa, Oklahoma. His grandparents Madge and Clement Wadlow of Tulsa, Oklahoma. Devin is survived by his wife Dawn Marie Hill, mother Peggy Ann Jackson, his children Anastasia, Cody, and Piper, and his sister Jennifer Smith. As well as many other family members who loved him dearly. A celebration of life will be held later. We will update as times and locations for that are known. The family would like to thank the hospital and EMS staff for their efforts. Fond memories and expressions of sympathy may be shared at www.dwnwhitechapel.com for the Hill family.
See more See Less

In Memory of Devin Lee Hill