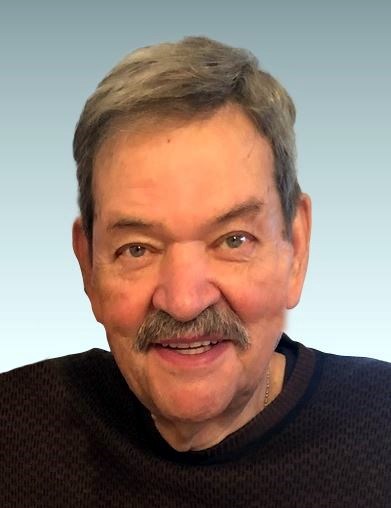 Gary Horn, 81, died Saturday, Nov. 20, 2021, surrounded by family and friends at his home in Phoenix, Arizona. Gary was born October 24, 1940, the oldest of three children to Verl and Smantha Horn in Mooreland, Oklahoma. He graduated from Mooreland High School in 1958. On August 29, 1958, he married Darla Jean Horn. They celebrated their 54th wedding anniversary in 2012. Gary served in the United States Army from 1958 to 1961. Following his honorable discharge, the couple returned to Oklahoma where Gary enrolled at Northwestern State College in Alva and began his lifelong career as an educator. He taught communication skills at both the high school and college level for over 40 years, earning his master’s degree at Pittsburg State University in Pittsburg, Kan., and pursuing his doctoral studies at North Texas State University in Denton, Texas. Gary taught communication and coached debate at both Southwestern College in Winfield, Kan., from 1974 to 1985 and Ferris State University in Big Rapids, Mich., from 1985 until his retirement in 2005. Gary coached several national debate champion teams and was honored by his peers throughout his career. He served as Pi Kappa Delta National President 1985-87; received the E.R. Nichols Award for outstanding contributions to the discipline of intercollegiate forensics and excellence in teaching in 1991; named the 1991 Ferris state University Distinguished Teacher award for his dedication to and excellence in teaching; in 1994, Gary co-founded the National Education Debate Association (NEDA); in 2005, he was inducted into the Pi Kappa Delta Hall of Fame; and in 2012 was named a member of the Kansas Speech Communication Association Collegiate Hall of Fame. He helped establish the Kiwanis Club in Big Rapids and was active with the Salvation Army in Big Rapids. He was also a 32nd degree Mason. Gary loved to travel, always offered words of encouragement, and loved to celebrate holidays and birthdays with his family. Most of all he enjoyed his seven grandchildren.

He was preceded in death by his wife, Jean; his parents; and two sisters, Nancy Butler and Ramona Bishop.

Funeral services will be held at 10 a.m., Saturday, December 4, 2021, at the First Assembly of God Church, 3906 Lakeview Dr., in Woodward, Oklahoma. Memorial contributions may be made in his name to the Gary and Jean Horn Scholarship Fund at Ferris State University 1201 S. State St., Big Rapids, Mich., 49307

In Memory of Gary Clifford Horn