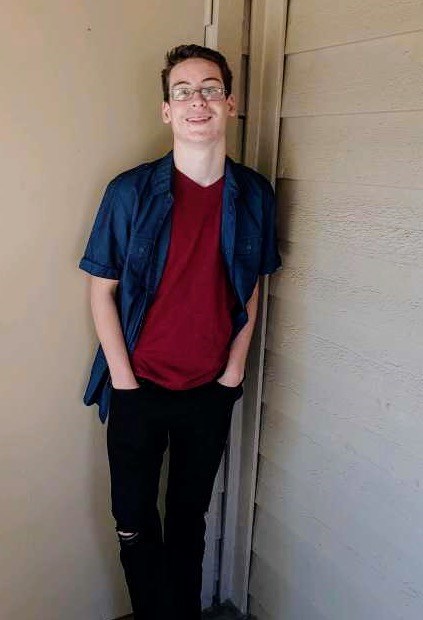 Jason Thomas (JT) Stiteler, 17, of Orlando Florida passed away February 27th 2021 as a result of a hit-and-run vehicle accident while walking on Conroy Road. Jason was a student at Olympia High School. He was a member of his church youth group and had a passion for video games, Pokemon go, anime, music, his dog Rocky, and his cat Cooper.

He is survived by his father John Stiteler of Orlando, his mother Theresa (Greg) McGregor of Aubrey Texas, his sisters Caitlen (Justin) Archer and Lauren Stiteler of West Palm Beach Florida. He is also survived by his step brother Adam (Brianna) McGregor of Hershey PA, step sister Marah (Chris) Johnston of Orlando and nieces Haven and Myla McGregor and nephew-to-be Banyan Archer. A celebration of Jason's life will be held at Family Church, (formerly First Baptist of Windermere), 300 Main Street Windermere, Florida at 5:00pm on Thursday March 11, 2021

For those unable to attend in person, the celebration will be able to be viewed via live stream at: ourfamily.church/private-events.

In lieu of flowers, the family has asked for donations to be made to Nathanial's Hope, a charity that helped the family in Jason's younger years. A tribute page for Jason has been set up on their website at: NathanielsHope.Org

In Memory of Jason Thomas Stiteler