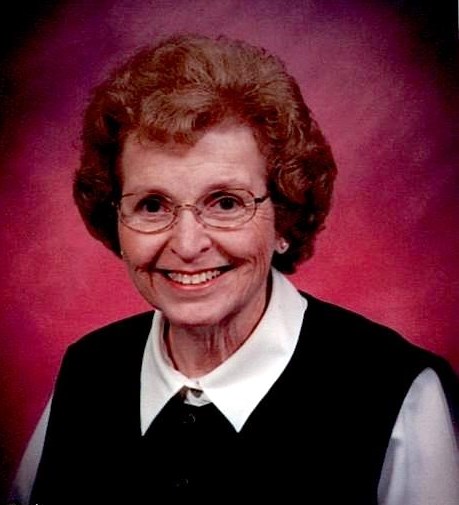 Jean Eugenia Wright, age 91, of Grand Prairie, Texas passed away on January 14, 2022. Jean was born in Denison, Texas to William Ralph Wells and Lelia Bryant Wells on May 4, 1930. She graduated from Thomas Jefferson High School in San Antonio in 1947. She was a member of the high school Lasso Drill Team and participated in many local events. After high school and Business College, Jean was a secretary for GMAC in San Antonio, Texas. She met her future husband, Roscoe Wright at work and they were married on November 15, 1952 in San Antonio, Texas. They lived in Dallas and Arlington before their move to Grand Prairie, Texas. For the next few years, she was an executive secretary for several corporations in Dallas. She raised four children, Barbara, Russell, Mark and Ronald. The family were members of the First United Methodist Church of Grand Prairie. She was a loving wife, mother, sister, grandmother and great grandmother, aka GiGi. She loved her family and wore many different hats each day. After her children left home, she was in charge of the American Red Cross Transportation program in Grand Prairie where volunteers aided local citizens in getting to Parkland Hospital in Dallas. She did this for over twenty-six years and had received many awards from the Women’s Club of Grand Prairie. She was preceded in death by her husband, Roscoe; her parents; her son, Ronald; sister, Joyce Bassinger, and her husband Les; and brother-in-law, F. John Wright. Jean and Roscoe were married 68 years. Jean is survived by sons, Russell and wife, Michelle of Addison; Mark of Euless; and daughter Barbara and husband Cliff Calk of Frisco; a grandson Brian Criswell of Denver, Colorado; and granddaughter Carol Wynthein and husband Matthew and 6 great grandchildren of Sioux Falls, South Dakota; and niece Lezlie Snyder and husband Mark of Ingram, Texas. Visitation will be held at the Bean-Massey-Burge Funeral Home, 2951 S. Belt Line Road, Grand Prairie on January 31, 2022 from 6:00 to 8:00 PM. A funeral service will be held on February 1, 2022 at 12:00 PM in the Baker Chapel of the First United Methodist Church of Grand Prairie with Kathryn Strempke officiating. Burial will follow at Moore Memorial Gardens, 1219 N. Davis Drive, Arlington, Texas. Fond memories and expressions of sympathy may be shared at www.beanmasseyburge.com for the Wright family.
See more See Less

In Memory of Jean Eugenia Wright