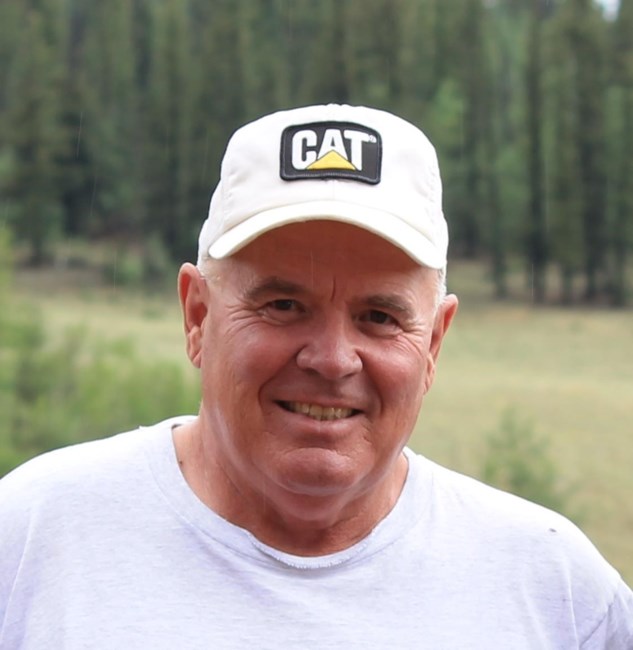 James Chris Barclay (Chris) passed away peacefully on September 24,2022 at his home in Platteville CO. Chris was born in Princeton, Indiana on December 5, 1943 to James S and Winona R Barclay. After a short stay in Indiana the Barclay family moved to Platteville, CO in 1946. Chris attended Valley High School, graduating in the first class in 1960. After attending Colorado State University for a year, Chris answered the call of his country by joining the U.S. Marine Corps. Upon completion of his four-year enlistment in the USMC, which included a 13 month deployment to Vietnam, Chris returned to Platteville. In 1972 Chris was instrumental in the formation of Barclay Construction Company, an oil field services company. He continued to manage Barclay Construction Co through the 1990’s and took over management of Barclay Farms, LLC after his father’s death in 2000. He retired from the oil field and farming in 2008 and followed a calling to live in the Colorado mountains where he resided in Como, CO until his death. Chris was a long-time licensed pilot. He was especially proud that his mountain flying training was recognized by a certificate for landing in Leadville, CO, recognized as North America’s highest public use airport. Chris was married to Jeannie Watson Newbold, who came to the marriage with two children, Julianna Hodges Webb and Daniel Hodges Jr. Chris remained devoted to them until his death. Chris is survived by his sister Roxie Barclay-Augustine, nieces Kelly (Larry) Huston, Robin Stevenson, nephew Christopher Newby, great-niece Alexandria Hayes, and longtime friend of the family, Jerry Asay. Chris was preceded in death by his parents and his sister Cecily Kay Stevenson. It was Chris’s desire that any memorial contributions be made to the Wounded Warriors Project. Military Honors and funeral proceedings will take place at the Platteville Veterans Memorial at Mizpah Cemetery on December 2nd, 2022 starting at 1:00pm, located at 12837 WCR 32, Platteville Colorado 80651. A reception is set to follow at the Meadows Event Center, located at 14016 County Road 32, Platteville Colorado, 80651.
See more See Less

In Memory of James Chris Barclay