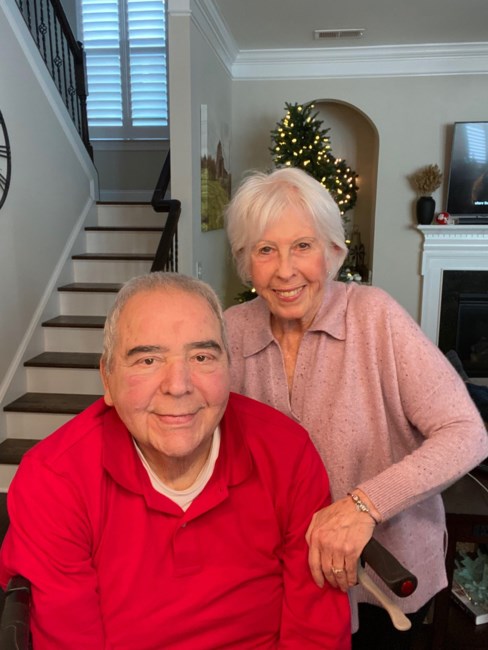 Norman Emerson passed away on May 3rd in Greenville, SC. He was 81 years old. The oldest of three children, Norman was born in Brooklyn, NY in 1941. At the age of three his family moved north to the suburbs where he grew up in Port Chester, NY. After graduating from Port Chester HS and then receiving his bachelor degree, Norman attended the Pennsylvania School of Optometry. It was during that time that he met the love of his life, Lenore, who was attending Temple University at the time. After earning his OD, Norman joined his father in private practice on Main Street in downtown Port Chester. Upon his father’s retirement, Norman continued growing the practice, becoming a ‘rock-star’ eye doctor serving the area for over 35 years. His staff and patients loved his warmth and humor (including his Spanish-speaking patients who were tickled by his very passable Spanish). Norman and Lenore were long-time residents in nearby Rye Brook where they made life-long friends and raised three children. Norman and family were members at Kneses Tifereth Israel in Port Chester where he was a fixture for many years, particularly during the High Holy Days. In 1999, Norman sold his practice and retired with Lenore to Greenville, SC so ‘Bubby and Pop’ could be closer to grandchildren. Norman wasn’t quite ready for full retirement so he worked part time for several years providing his special brand of eye care. Norman was a member of the congregation at Beth Israel in Greenville where he continued making friends in the community. He loved travel, tennis, poker with his buddies, 1950s doo-wop, New York Giants football… and baseball (from back in the Polo Ground days), Borscht Belt comedy and TV westerns. Most of all, he loved spending time with his family and grandkids, especially on summer trips to Wild Dunes, and to Toronto to visit his grandkids up north. Norman is survived by his loving wife Lenore, children Adam (Elisabeth) Emerson, Lauren (Ron) Nusbaum and Sharon Emerson, grandchildren Justin, Alexa, Hope, Yoni, Nechama and Sarah, and sister Nancy Emerson (Roy Luft). Norman was predeceased by his parents, Jack and Rose Emerson, and his sister Cynthia Lagonigro. A remembrance service will be held at a later date. Donations may be made in Norman’s name to the American Diabetes Association. Fond memories and expressions of sympathy may be shared at www.mackeycenturydrive.com for the Emerson family.
See more See Less

In Memory of Norman A Emerson