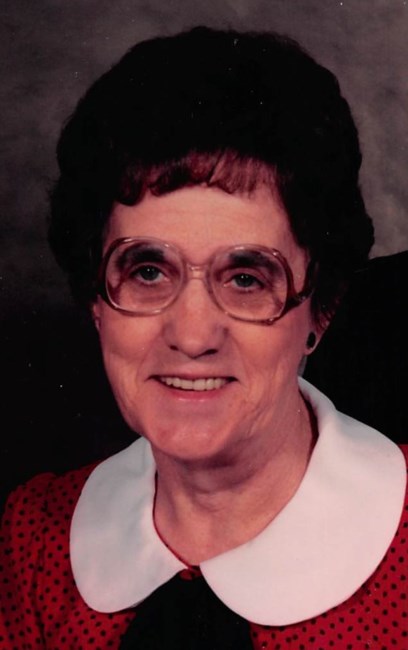 Ona {Hamilton} Cornett, age 94, of Hamilton, Ohio, passed away peacefully on October 4, 2020, at Diversicare of Bradford Place. She was born on January 29, 1926 in Farler, Kentucky (Perry County), to the late Robert Hamilton and Sallie {Caudill} Hamilton. She attended Stratton School. She worked as a buyer for the G.C. Murphy Company in Middletown for 20 years. On September 2, 1972, she married Dover Cornett in Middletown. They were blessed to have 42 happy years together. They were members of the Laurel Avenue Church of Christ, in Hamilton. Ona is survived by sister Alphia {Caudill} Forester; brothers Bob (Emma) Hamilton, Lonnie (Marsha) Hamilton, Russell Hamilton, Justin (Adalin) Hamilton; seven sisters in law Stacy (Jerry) Crow, Joyce Hamilton, Polly Lucas, Martha Sturgill, Jessie Joseph, Mary Thacker, Yvonne Cornett; stepchildren Jim (Teresa) Cornett, Linda (John) Loman, Pam (Eugene) Hurley; grandchildren Shane (Rose) Hurley, Jason (Kelly) Hurley, Jennifer (Stan) Adler, Ashley (Matt) Meiring; great grandchildren Ashylnn, Harliann, Willow, Michael, Christopher, Jackson, Addyson, Anthony, Lucas, Kevin; numerous in laws, nieces, nephews, and other relatives and friends. She was preceded in death by her parents, husband Dover, and five brothers, Rollie, Matt, Dan, Earl, and Leon Hamilton. A graveside service will be held on Friday, October 9, 2020 at 2pm at the Rose Hill Burial Park, with Charles Anderson officiating. In lieu of flowers, the family suggests that memorial contributions be made, in Ona’s memory, to Laurel Avenue Church of Christ: Food Bank, 1049 Laurel Avenue, Hamilton, Ohio 45015, or a charity of your choice. The family would like to express sincere gratitude to the entire staff of Bradford Place for Ona’s kind and compassionate care. Masks are requested for everyone’s safety due to the coronavirus.
See more See Less

In Memory of Ona Cornett