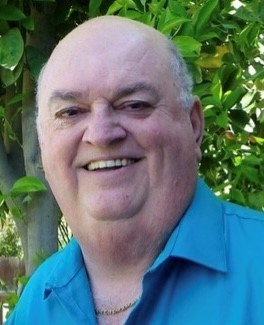 William “Bill” Gundacker, at the age of 79, passed away on July 27, 2022 from complications from West Nile Virus. Bill was born on October 17, 1942 in Oakland, California. He moved to Lemoore at the age of 5 and remained a committed Kings County citizen for the rest of his life. He was educated in Lemoore schools, graduating from Lemoore High in 1960. After two years at College of Sequoias, he graduated from Fresno State with a degree in Social Sciences. Bill was loved by many and known for his kind heart and dedicated service to his community. He worked for Kings County for 37 years, retiring in 2001 after leading the county’s Human Services agency. Devoted to the citizens of Kings County, Bill was the quintessential community servant. Some of the many organizations that benefited from his stalwart commitment include Hanford Chamber of Commerce, Kings Rehabilitation Center, United Way, Hannah's House, Kings County Office of Education, West Hills College Foundation, Lemoore High School Foundation, YMCA, Kings Federal Credit Union, Hanford Planning Commission, Hanford Parking and Traffic Commission, Hanford Kiwanis Club, Adventist Health and Kings Mosquito Abatement District. He played an active part in the development of the soccer complex in South Hanford and helped establish transitional housing for young people who aged out of foster care. Bill was inducted into the Lemoore High School Hall of Fame in 2002. He was named Hanford’s Man of the Year in 2011 and Kings County Homecoming King in 2015. He was very active in his Catholic church. As a member of the St. Vincent de Paul Society, he was involved in numerous church activities at three parishes in Kings County. For years he has been instrumental in the Children’s Storybook Garden, helping to make the dream of this project for Kings County children a reality. Bill loved spending time in the cool weather in Cambria. He was an avid car collector— at last count he bought and sold over 50 cars. Most important to Bill, however, was his family. His favorite pastime was spending time with his four grandchildren, watching their various performances, cheering them on at sporting activities, calling them frequently, and supporting them as they grew into wonderful young adults who adored him—nothing brought him more joy. His love of family included not only his immediate family, but many friends as well. Bill was preceded in death by his father Delbert “Gus” Gundacker and mother Gertrude Gundacker. He is survived by his wife of 57 years Jeanne, his children Wendy Denham (Ivo) of Hanford and son Mark Gundacker (Suzy Pak) of Lafayette, grandchildren Zach and Laura Denham and Jane and Tess Gundacker, and sister Mary Therese of Los Gatos, CA. A rosary will be held at St. Peter’s Church in Lemoore on Monday, August 1st at 7 p.m. A funeral mass will be held at 1 p.m. on Tuesday, August 2 at St. Peter’s Church, In lieu of flowers, donations may be made in Bill’s name to The Children’s Storybook Garden, any of the other charities Bill supported, or a charity that is meaningful to you.
See more See Less

In Memory of William Henry Gundacker