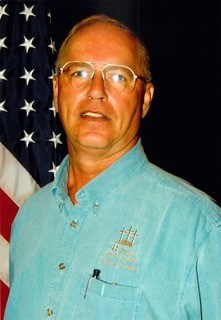 Garry Dwayne Hewett, 73, passed away on Wednesday, September 14, 2022, after a brief but difficult battle with an aggressive form of cancer. Garry was born to Arlo and Ruth Hewett on February 12, 1949, in Mason City, Iowa. Upon graduating high school, he joined the United States Air Force, where he went to school to become a radiology technician. He remained in radiology throughout his 20-year service in the Air Force, having achieved the rank of Master Sargent and heading the radiology department at Barksdale Air Force Base. Upon retirement from the Air Force, Garry remained in radiology as he went on to work another 20 years in civil service with the U.S. Army at the Shreveport Military Entrance Processing Station (MEPS). Garry was a passionate and determined man, and his personality shined the most in his hobbies and leisure activities. He was a lover of the Lord Jesus Christ and proud member of Bellaire Baptist Church. He sang in a Southern Gospel Trio with his wife Barbara and best friend Bobby Jones. He and his wife Barbara spent many years as nationally ranked championship dance skaters. Garry was an avid sports fan and if he wasn’t at a Mudbugs Hockey game, he could often be found at home watching any football, hockey, golf or NASCAR he could find on the television. His talents shined the most however as a master craftsman. Garry’s home is filled with his amazing woodworking abilities from cabinetry to wooden models to many types of decorations. And last but certainly not least, he was a lover of animals throughout his years and most recently got to spoil his dog Rowdy absolutely rotten. In addition to his wife of 33 years, Barbara Hewett, Garry is survived by his son James Hewett and wife Stephanie, daughter Kristen Smith and husband Kevin, their mother Johanna Roan, and daughter Stacie Slabaugh and husband Jeff. He is also survived by seven grandchildren: Brittany Totty, Dustin Stamper, Kelsie Moon, Kaylin Smith, Kameron Smith, Madison Hewett, and Ethan Hewett; as well as his brothers Dennis Hewett and Tom Hewett. Garry was preceded in death by his father Arlo Hewett, mother Ruth Hewett, and sister Carroll Johnson. The funeral service will be at Hill Crest Memorial Funeral Home, 601 Hwy 80, Haughton, Louisiana, on Tuesday, September 20, 2022, at 11:00 am. A visitation before the service will begin at 10:00 am. The family will welcome friends and relatives.
See more See Less

In Memory of Garry Dwayne Hewett