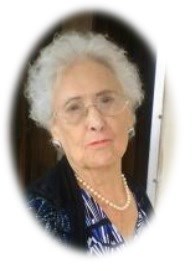 Estela Rivero Balderrama went to be with the Lord at the age of 96, on Tuesday, August 2, 2022, in Hemet, California. She was born to Nicolas Rivero and Petra (Flores) Rivero, on Monday, December 28, 1925, in Chihuahua, Chihuahua, Mexico and she was the oldest of 11 children. Estela was married to her best friend, the love of her life, Trancito Balderrama. They were blessed with 58 wonderful years of marriage, before his passing in 2005. They were blessed with five caring children that later made Estela a grandmother as well. She was a hardworking and a phenomenal woman. Her love for her family was beyond measure. Estela is survived by her loving children, Carmen Mendoza, Gloria Rios, Victor Manuel Balderrama, Jesus Balderrama, and Carmelo Balderrama; 22 grandchildren; and 21great-grandchildren. She was preceded in death by her parents, Nicolas and Petra Rivero; and her son, Hector Balderrama.
See more See Less

In Memory of Estela Rivero Balderrama