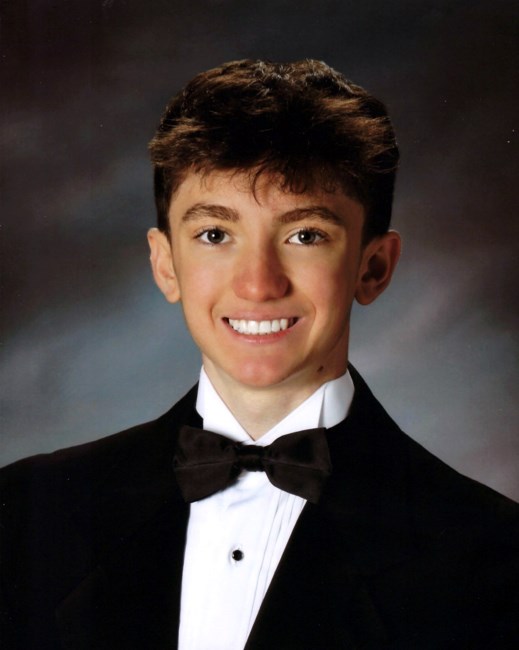 Chevy Whalen Geiger, age 18 of Henderson, died on November 8, 2022 in Henderson, Nevada. Chevy came into this world feet first on August 11, 2004 in Las Vegas, NV. Chevy graduated from Foothill High School in 2022 and went on to the College of Southern Nevada with full scholarship. Chevy enjoyed spending time with his sister Payton, his buddies Brad, Trent and Colton, going to the gym, learning as a student and smelling every rose he passed by. He is survived by his parents, Jennifer & Matsy Lizares and Matthew & Debby Geiger, his brother Weston, sister Payton, step siblings, Jasmine, Keila, Kaden, Kai, and Khloe Lizares and grandparents, Curtis & Julie Geiger and Steve & Cathy Gordon. Memorial service for Chevy will be on November 19, 2022 at 11:00am at the Central Christian Church on New Beginning Road. Memorials in honor of Chevy may be given to the Nevada Donor Network, 2061 East Sahara Ave. Las Vegas, NV.
See more See Less

In Memory of Chevy Whalen Geiger