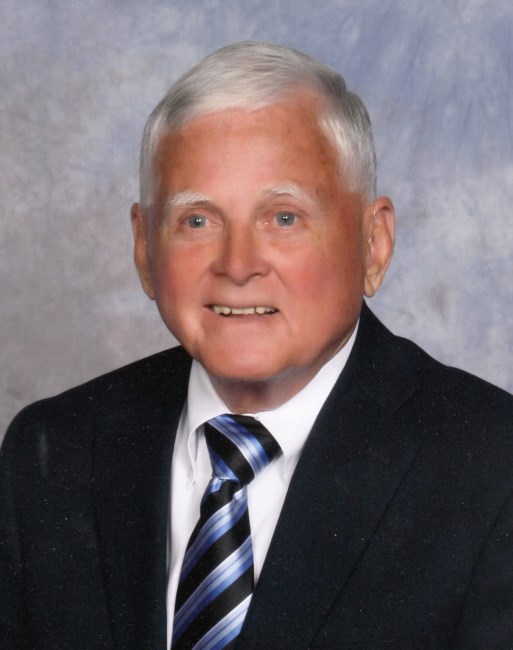 Cecil Norman “Pete” Huggins, 89, of Hickory passed away peacefully on Sunday, May 15, 2022, at Trinity Ridge in Hickory, surrounded by his family. Pete was born on August 26, 1932 in Shelby to the late Rueben and Annie Lee Dixon Huggins and was raised in nearby Cramerton. Pete attended Belmont Abbey College and the University of Tennessee Knoxville. Pete is survived by his loving wife of 63 years, Nancy Huggins; his children, Jeff (Angela) Huggins of Mount Holly, Kelly Huggins of Hickory, Kim (Thomas) Gorry of Raleigh and Kathryn (Rodney) Tesh of Hickory; his grandchildren, who affectionally called him “Poppy”, Tony Gorry, Jordan Huggins, Matthew Gorry, Riley Huggins Spicer, Sarah Gorry, Mary Gorry, Brady Tesh, Christian Huggins, Elizabeth Huggins, Bailey Tesh and Allie Daughtrey; his great-grandchildren, Scoute, Mckinnon, Nolyn and Leo; his sisters Juanita Broome and Jackie Huggins, and brother Tony Huggins, Sr. Pete proudly served in the United States Navy and was a lifetime member of the local Veterans of Foreign Wars Post 1957. Pete is retired from the City of Hickory after over 40 years of dedicated service. His passion, however, was officiating, where he worked area high school and recreational sports for over 30 years. Pete was very active in his church, Lakeview Baptist, where he served many faithful years as Lead Usher. The funeral will be held on Monday, May 23rd at Lakeview Baptist Church in Hickory with Pastor Troy Grant officiating. Burial will follow in Woodlawn Memorial Gardens. The viewing will be from 12:30-1:45 p.m., with the service following at 2:00 p.m. Memorials can be made to Lakeview Baptist Church Missions. Condolences may be sent to the Huggins family at www.drumfh-hickory.com.
See more See Less

In Memory of Cecil Norman Huggins